Tokyo Olympics Could Be Postponed To End Of 2020: Japan

The Tokyo Olympics are being threatened by a fast-spreading virus that has been blamed for 12 deaths in Japan and has shut down most schools, sports competitions and Olympic-related events in the country 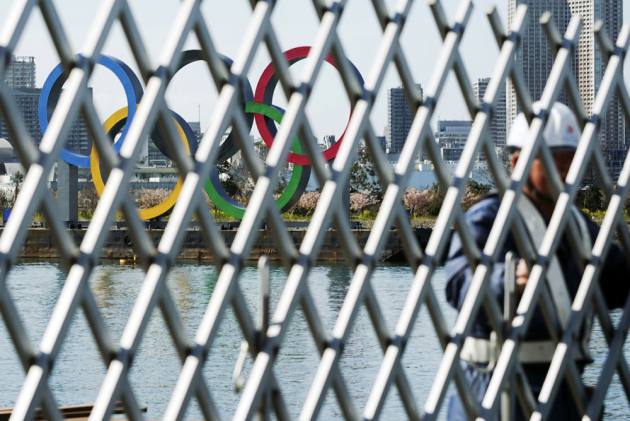 Japan's Olympic minister said Tuesday the contract to hold the Tokyo Games only specifies the event has to be held during 2020. (More Sports News)

Seiko Hashimoto's response to a question in the upper house of parliament implies the Olympics could be held later in the year and would not have to start on July 24 as planned. The Paralympics open on Aug. 25.

The Tokyo Olympics are being threatened by a fast-spreading virus that has been blamed for 12 deaths in Japan and has shut down most schools, sports competitions and Olympic-related events in the country. The virus that started in China has been detected in at least 70 countries, with 90,000 cases and 3,100 deaths reported.

“The IOC has the right to cancel the games only if they are not held during 2020,” Hashimoto told parliament.

“This can be interpreted to mean the games can be postponed as long as they are held during the calendar year.”

IOC President Thomas Bach and Tokyo organizers have repeatedly said they expect the Olympics to open on schedule. Others have suggested the spreading virus could force cancellation, postponement or moving events to other cities.

In an interview last week with only Japanese media, Bach said: “The preparations for the Olympic Games Tokyo 2020 are continuing with a view to having successful Olympic Games this summer in Tokyo."

Bach declined to “fuel the flames of speculation” about reports of cancellation or postponement.

Hashimoto was asked if she believed the Olympics should be held even if the coronavirus outbreak is worse than it is now.

“We are making the utmost effort so that we don't have to face that situation," she said.

Any decision to move the games back would impact international broadcasters, who would have sway over any changes.

The International Olympic Committee gets 73% of its $5.7 billion income in a four-year Olympic cycle from selling broadcast rights. About half of that TV income is from American network NBC.

The 1964 Tokyo Olympics were held in October. But the games have now shifted to summer, largely because it's the only time slot open for sports broadcasters.

North America in the fall is filled with the NFL, college football, baseball, basketball and hockey. Europe is jammed with soccer in England, Spain, Germany, France and Italy, not to mention rugby and cricket where those sports are popular.

The Olympics have been canceled only three times, all during wartime.

Tokyo organizers have 17 test events remaining on their schedule. The last one is to end on May 8. Most are small events featuring only local athletes. The most significant is a gymnastics test on April 4-6 that is expected to have non-Japanese athletes competing.

Japan's professional baseball league is playing preseason games in stadiums without fans, and the soccer J-League has suspended play until March 18. The famous Tokyo Marathon was held on Sunday with only a few hundred elite runners, instead of a public party for 30,000 participants.