For the second successive time, the Indian shooting team returned from the Olympics empty-handed, belying a billion hopes after promising to deliver like never before 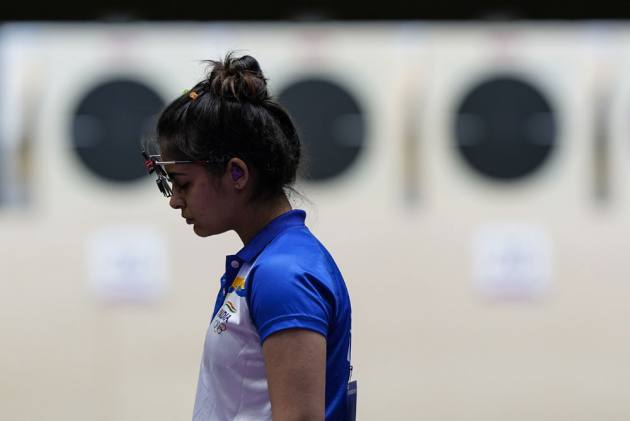 An "individual with the right credentials" is set to evaluate the performance of the Indian shooting federation's executives, which will form part of a three-way review prompted by the shooters' horror run at the Tokyo Olympics. (More Sports News)

The three-part review is already underway, an insider in the National Rifle Association of India (NRAI) told PTI on the condition of anonymity.

For the second successive time, the Indian shooting team returned from the Olympics empty-handed, belying a billion hopes after promising to deliver like never before.

Instead of stepping up their performance in Tokyo, the 15-strong squad crumbled under the mighty Olympic pressure.

"A review is already underway and it is being held in three parts. First the athletes, then the coaches and support and that will be followed by the executives of the national federation," he said on Thursday.

Asked if NRAI president Raninder Singh will also be assessed, sources responded in the positive and pointed out that the federation chief himself was open to the idea, having spoken on similar lines during the Games in Tokyo.

"Somebody with right credentials will evaluate the performance of the federation's executives. He will look into things like where the federation may have lacked as far as the preparation for the Olympics was concerned.

"So this review is not like it's going to leave out the federation," he said.

Before the federation's top office-bearers are evaluated, the NRAI is conducting a review of its own, involving the shooters, coaches and support staff, with the national federation intent on making radical changes to the setup after the disastrous outing in the Japanese capital.

"You can surely expect big changes in the whole setup and it's not restricted to the coaches. Everyone will be thoroughly evaluated as it tries to find out the reasons behind the failure in Tokyo," an official said.

"The shooters, coaches and support staff are being reviewed by the NRAI president, secretary (Rajiv Bhatia) and secretary general (D V Seetharama Rao)," he said.

The campaign in Tokyo also had its share of controversies with stories on the long-standing conflict between young pistol ace Manu Bhaker and her former coach Jaspal Rana grabbing the limelight and doing a demoralised team no good.

"Everybody in the federation is angry with the way things panned out prior and during the Games. The president is also very disappointed. It was quite ugly and all these things are part of the assessment," he added.

Admitting that the performance was way below expectations, Raninder had promised a postmortem after the Games, including overhauling the coaching staff to better prepare the players for big events.

"Definitely the performances have not been on expected lines and I have spoken of an overhaul of coaching and support staff as I feel something is lacking in getting our shooters prepared for these big occasions. Clearly the talent is there and we have seen it here as well," he had said.

It's the second straight time in five Olympics that the Indian shooters are returning from the Games empty-handed, having met the same fate at the 2016 Rio Games five years ago, after which an Abhinav Bindra-led panel recommended a slew of reforms in the way shooting was run in the country.