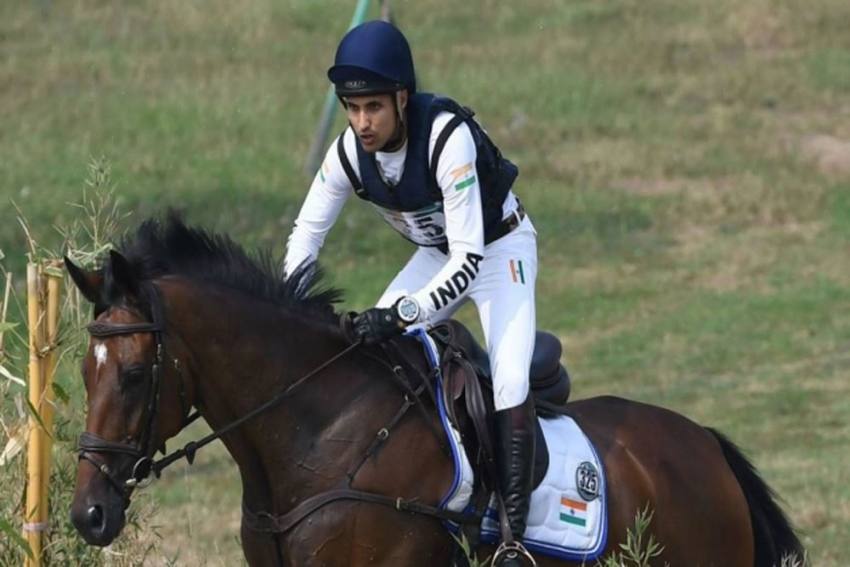 Barely days before the Tokyo Olympics opens, Indian equestrian Fouaad Mirza has decided to change his horse, preferring to go with Seigneur Medicott, who helped him win two silver medals at the 2018 Asian Games, as his equine partner. (More Sports News)

Earlier, Mirza had announced that he would take his horse 'Dajara 4' to the Tokyo Games.

"Seigneur Medicott, lovingly known as 'Micky', helped Mirza win the two silvers at the Asian Games and they both share a strong emotional connect with each other," stated a media release issued by the Embassy Group, which supports Mirza.

"At first, Fouaad picked Dajara 4 for the Olympics but in the last few gruelling weeks of competing and practise, Mirza felt that Dajara 4 had undergone a lot of pressure. This prompted the change in the final entry with Seigneur Medicott for the Tokyo Olympics as the horse was moving better."

According to the release, Seigneur Medicott has cleared quarantine in Aachen (Germany) and boarded the flight for Tokyo last midnight.

The horse will also be accompanied by Johanna Pohonen (Groom), Dr Grigorios Maleas (Veterinarian) and Veronica Sinz (Physiotherapist), it added.

Mirza will begin his campaign at the showpiece from July 29, with the eventing first horse inspection at 6 AM IST.