Bhavani, 27, the first Indian fencer to qualify for Olympics, was defeated by world No 3 Manon Brunet of France 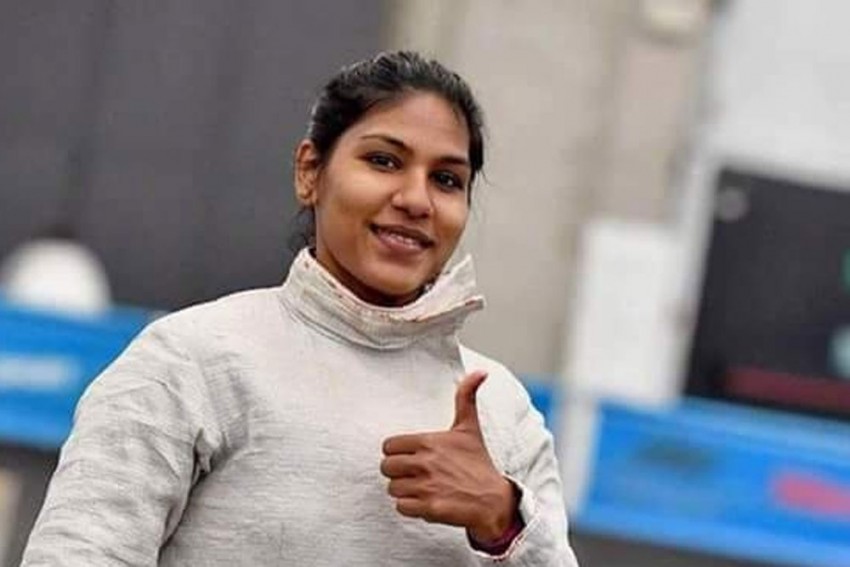 A second round exit in her debut Olympics at Tokyo was a lesson for India’s lone fencer Bhavani Devi, who said she would work on improving her technique to scale greater heights in the future. Tokyo Olympics | Full Schedule | Sports News

The 27-year-old Bhavani, the first Indian fencer to qualify for Olympics, began her individual sabre event campaign with a confident 15-3 win against Tunisia's Nadia Ben Azizi but bumped into world number three Manon Brunet of France in the next round, which she lost 7-15.

"The one lesson I learned from Tokyo is to keep working hard, because I kept working hard after Rio and that brought me to Tokyo. I need to improve on some fencing moments and fencing strategies, like technical (aspects) and I got good feedback from my matches,” Bhavani said during a virtual press conference arranged by Sports Authority of India.

"Because I was in good control about the outside pressure, that is very good for me. I will continue to work hard and in the coming competitions, it will be better results than previous years,” she said.

The trailblazing fencer said she was satisfied with whatever she achieved in the Tokyo Olympics.

"The first match was more important because it was the start. I was feeling a little bit nervous before the match. But I started and finished well, also the second match was also good for me. I don’t feel like I did not try, for me I did try,” said the Chennai-based fencer.

“I need to improve. I know she (her opponent) is number three and she got a bronze medal in Olympics. But for me I felt I have tried, I have given my effort to win that match. So, I just need to work on a little bit more about tactics and strategies but I am okay with whatever has happened in Tokyo."

According to Bhavani, her focus has always been to win a medal for the country, irrespective of the event.

“I always want to win a medal for India, be it Olympics, World Championships or Asian Championships but we have more important competitions coming up,” she quipped.

Asked whether the strict COVID-19 protocols in Tokyo had added to her stress, Bhavani replied in the negative.

“Before the Olympics, we knew that our venue was one hour far from the Village. I said I have already travelled 15 years to arrive here, so for me this two hour or one hour journey will not affect me.

"For me, it is okay, whatever I have to go through to play in the Olympic Games, I am ready to do it and it will be the same mentality for all the athletes who want to perform in front of the whole world. I am very happy that I have competed at the Olympic Games.

Bhavani said those who returned without medals from the Olympics should be supported the same way they had been looked after earlier.

“(An) Athlete’s life is very hard, every athlete is working to get that one gold medal. Some win, many others don’t take that medal, but it is not the end, we need the same support and gold medal winners always get good support and get more encouragement and more energy to move forward.

“But those who didn’t win a medal, it is difficult for them to come back and have that energy to continue again. So, I was disappointed after my defeat because I went into this competition to do something, to make my country proud, get that medal."

Despite the second round exit at the Olympics, Bhavani said she was motivated by Prime Minister Narendra Modi's message not to lose heart.

“And I was upset after that match and when I saw his (PM’s) post, I am like how can a leader do something like this for one athlete, who lost the match. This is very important for me and also for all the athletes in our country.

"Winning and losing is part of sport, you have to keep moving forward, but sometimes it is difficult to self-motivate to take that one step forward to continue the path. But his (PM’s) message really encouraged and motivated me,” she signed off.