Here is a look at the five new sports, including four debutants, that will give the world new Olympic stars in the coming days 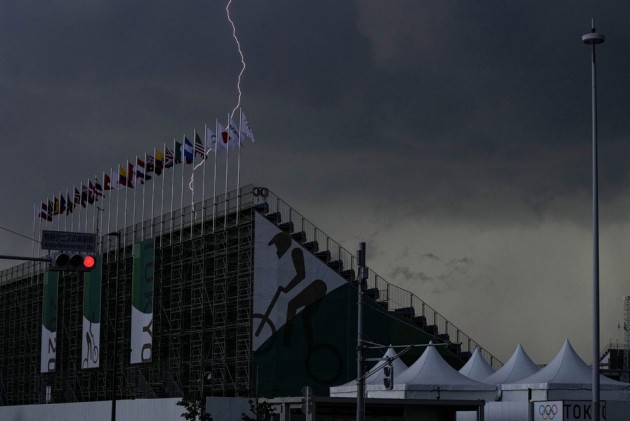 The Olympic Games become a grander affair every four years with the introduction new sports into the program and with 339 medal events in the line up, the Tokyo Games will be the biggest-ever. (More Sports News)

The COVID-hit Tokyo Games will witness five sports joining the Olympic program out of which four will make their debuts in the quadrennial showpiece.

With five days left for the pandemic-ravaged Games to begin on July 23, here is a look at the five new sports, including four debutants, that will give the world new Olympic stars in the coming days.

1. SKATEBOARDING: Skateboarding is an action sport that will make its debut in Tokyo after being included in the Olympic program for the first time. The sport had got a huge boost as it has already been approved to be part of the 2024 Paris Olympics.

In Tokyo, medals will be on offer for two disciplines of skateboarding -- park and street. While in park discipline, skaters are required to show their skills and execute tricks in a dome-shaped bowl, in street competitions competitors had to overcome real-life obstacles like stairs, rails etc.

The participants will be judged on the basis of difficulty level, originality and their execution skills at the Ariake Urban Sports Park.

Nyjah Huston (USA), Pedro Barros (Brazil), Shane O'Neill (Australia), Leticia Bufoni (Brazil), Alex Sorgente (Italy), Japan's Yuto Horigome and Aori Nishimura and 12-year-old British Sky Brown are the some of the big names who will be vying for the top honours in the sport in Tokyo.

2. SURFING: Surfing is another action-packed adventure sport that will make its Olympic debut and will continue to be a part of the mega sporting event as it has also been approved for the 2024 Paris Games.

The competition will be held in both men's and women's categories, featuring preliminary heats followed by head-to-head knockout rounds. The events will be held at Tsurigasaki Beach in Ichinomiya.

The surfers will be judged on their commitment and degree of difficulty, innovations, manoeuvres, flow, speed and power

3. SPORT CLIMBING: Sports climbing started to get recognition in the 1980s and its induction in the Olympic program for the first time in Tokyo will definitely give a huge boost to the discipline, which is popular among youths now-a-days.

The event to be held at Tokyo's Aomi Urban Sports Park will be contested as a single event. All the three min disciplines of the sport -- speed, bouldering and lead will be combined to determine the overall winner in both men and women's section.

Top sport climbers to be seen in action at the Tokyo Olympics are Adam Ondra of Czech Republic, Slovenia's Janja Garnbret, Japan's Miho Nonaka, the Mawem Brothers -- Mickael and Bassa of France and Britain's Shauna Coxsey.

4. KARATE: Karate, the traditional martial arts of Japan will make its Olympics debut in Tokyo. The sport, born in Okinawa, Japan in 1868, was inducted by the Organising Committee in the roster because of its rich history and popularity in the country. However, karate will not feature in next edition of the Games in Paris.

In the 32nd edition of the Summer Olympics, karate will played in two disciplines -- kata and kumite. While athletes are required to demonstrate their techniques in kata, kumite has weight classes and is judged on the basis of the results of head-to-head fights. The competition will be held in three weight classes for both men and women at the Nippon Budokan.

Sandra Sanchez of Spain, Japanese duo of Ryo Kiyuna and Kiyou Shimizu, Iran's Hamideh Abbasali and Tzu-Yun Wen of Chinese Taipei are some of the notable names to be seen on the mat in the upcoming Games.

5.BASEBALL/SOFTBALL: Baseball wan inducted into the Olympic program as a medal event in 1992 Barcelona Games and remained part of the showpiece till the 2008 edition in Beijing before being dropped from the list.

But being a popular sport in Japan, baseball is set to make its return to the Olympic program in the upcoming Tokyo Games.

Softball, on other hand, made its debut at the Olympics as a medal event in 1996 Atlanta and was part of the Games till 2008 before being dropped from the program. But like baseball, softball will make its return for a one-off Games in Tokyo as it has been again booted out from the 2024 Paris roster. While baseball is competed among men, softball is an women only event.

Besides, the Tokyo Olympics will witness several existing sports in new forms and events like basketball and cycling.

Basketball is an integral part of the Olympics since 1936 but in Tokyo the sport will feature in two new medal events in after the International Olympic Committee has approved the inclusion of 3x3 format in both the men's and women's categories in the Tokyo Games.

Just like basketball, cycling too is being repackaged as freestyle BMX, an action sport in Tokyo. This event has no racing involved and is judged on the basis of tricks, difficulty level and execution of a biker's skill within a specially-designed park.