The Greek team said they are all staying at a quarantine hotel. Greece was due to compete in the duet and team events 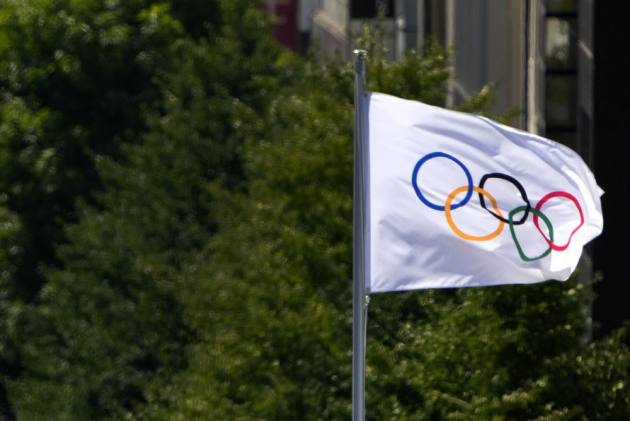 An outbreak of COVID-19 cases among the Greek Olympic team's artistic swimmers has ruled them out of competing at the Tokyo Games, officials said Wednesday.

"Five of the twelve Greek artistic swimmers and the team officials who were staying at the Olympic Village had tested positive for COVID-19," Tokyo 2020 Organising Committee spokesperson Masa Takaya said at a briefing.

The Greek team said they are all staying at a quarantine hotel. Greece was due to compete in the duet and team events.

IOC spokesperson Mark Adams reiterated Wednesday that the International Olympic Committee is in contact with the Chinese Olympic Committee after the image of Communist China's founding leader, Mao Zedong, made an unscheduled appearance at the Tokyo Olympics.

The gesture — Mao pin badges worn by two Chinese gold medalists at their medal ceremony — risks being judged a breach of Olympic Charter Rule 50, which prohibits political statements on the podium at the Tokyo Games — and at the upcoming 2022 Beijing Winter Games.

Adams said the Chinese Olympic Committee have assured them that the IOC will receive a full formal answer soon, and that this will not happen again.

After winning the women's sprint in track cycling Monday, Bao Shanju and Zhong Tianshi wore pin badges of Mao. The communist leader who proclaimed the founding of the People's Republic of China in 1949 remains an iconic figure in China 45 years after his death in 1976.

The incident came after American shot-put silver medalist Raven Saunders crossed the wrists of her raised arms on the podium. She was standing next to the gold medalist from China.

Adams confirmed Wednesday that the news of the death of Raven Saunders' mother has led to a suspension of measures against the athlete, who is returning home.