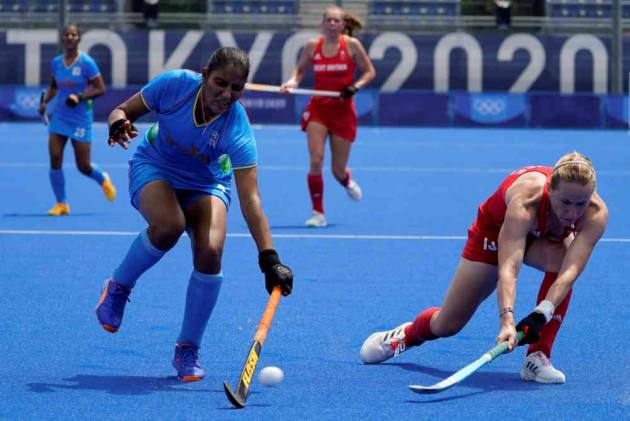 Gurjit, whose goal in the 22nd minute gave India the lead against the mighty Australians on Monday, hails from Amritsar and her family said they have been rejoicing continuously.

"It is all God's blessings, I am very proud of her. She has worked very hard," said her father Satnam Singh.

The 25-year-old Gurjit's father is a farmer by profession. She has an elder sister named Pardip Kaur. The family lives in a small old house.

After the win over Australia in the quarterfinals stage, villagers thronged their residence and ladoos (sweets) were distributed to celebrate the victory of the Indian team.

Gurjit was keen on playing hockey since childhood. She and her sister went for boarding in Kairon village in Tarn Taran district where they both played hockey while pursuing studies in the government school.

Both were good at the game. During their school days, they got scholarships, free education and boarding, the family said.

Later Gurjit shifted to Jalandhar's Lyallpur Khalsa College where she completed her graduation in humanities.

Notably, a day after the Indian men's team entered the Olympic semifinals following a 49-year gap, the world no. 9 women's side also produced a phenomenally gritty performance to make it way into the last four of the biggest sporting event.

India's best performance in the Olympics came way back in the 1980 Moscow Games where they finished fourth out of six teams.

In that edition of the Games, women's hockey made its debut in the Olympics and the sport was played in a round-robin format, with the top two teams qualifying for the final.