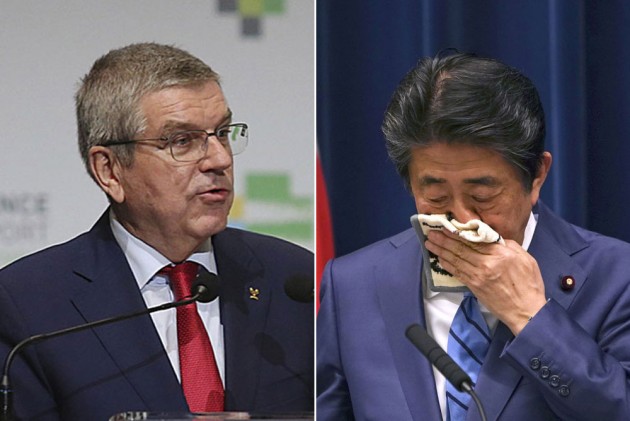 The contact comes after the IOC gave itself four weeks to weigh a possible postponement to the Tokyo 2020 Olympics due to the new coronavirus pandemic surging across the world.

Canada and Australia have already withdrawn their teams and the influential US Olympic committee has also said postponement was the best way forward.

Despite coming under increasing pressure, IOC officials believe a decision would be "premature" four months from the scheduled opening ceremony on July 24.

Abe has said he is committed to hosting a "complete" Olympics but admitted for the first time on Monday: "If that becomes difficult, in light of considering athletes first, it may become inevitable that we make a decision to postpone."