Against world no.1 Netherlands, the Indians fought valiantly in the first two quarters before losing steam to go down 1-5 on Saturday 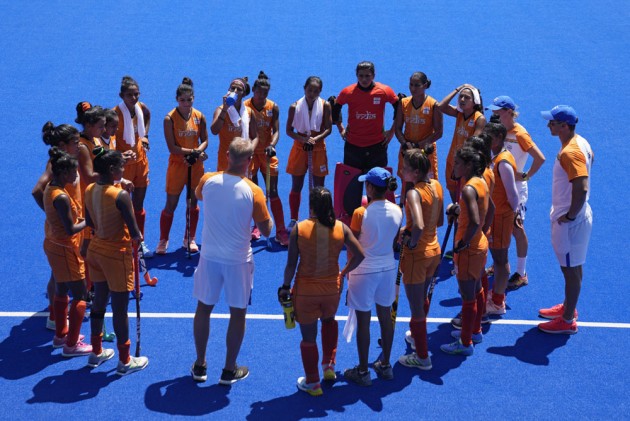 Hammered by the mighty Netherlands in the campaign opener, the Indian women's hockey team would look to pull up its socks and bounce back in the tournament when it takes on world no. 3 Germany in a second Pool A match at the Tokyo Olympics on Monday.

Against world no.1 Netherlands, the Indians fought valiantly in the first two quarters before losing steam to go down 1-5 on Saturday. The Indian team would look to make amends of the patchy show and seek consistency throughout the game against the Germans.

It was a closely-contested affair till the first two quarters with the brave Indian defence, led by goalkeeper Savita Punia, showing tenacity to thwart Netherlands' persistent raids before the Dutch side ran riot in the last two quarters.

The Indian women, who are playing in their second successive Olympics, can take a lot of heart from their performances against three-time Olympic champions and current silver medallist Netherlands, at least in the first half time.

But sustaining the momentum for the entire 60 minutes is what counts in international hockey and India's chief coach Sjoerd Marijne very well understands that fact.

"We have watched the match against the Netherlands together and have spoken about the points we need to improve and we are currently focusing on that. Germany are also a very strong side," Marijne said.

"If we can be consistent during the whole match then the result will be better."

With six teams battling it out for a top-four finish in order to secure a place in the cross-over quarterfinals from each pool, the result of every match in the league phase will count.

And having been placed in a tough Pool A along side Netherlands, reigning Olympic champions Great Britain, European silver medallists Germany as well as Ireland and South Africa, the Rani Rampal-led side has its task cut out.

Besides being the European champions, the Germans are the reining Olympic silver medallist and have already started their campaign on a positive note by beating Great Britain 2-1 in their first Pool A match.

For India to succeed, they will have to come out of their slumber and attack the opposition goal in numbers on a consistent basis, which was lacking in their tournament opener as they mostly relied on counter attacks.

The Indians definitely defended bravely against Netherlands in the first two quarters, but a much fitter and more organised Dutch side completely outplayed them after the change of ends.

However, India captain Rani Rampal, who scored the lone goal against Netherlands on Saturday, preferred to count on the positives.

"We can definitely take a lot of positives from our first match. We played an aggressive brand of hockey, especially in the first half. We created many chances and also capitalised on one chance in the first quarter itself," she said.

"We were in control for the better part of the match against the best side in the world and that has definitely raised our confidence," she said."

She said the players will have to be on top of their game if India are to beat Germany.

"We have looked at the mistakes we made in our first match and we will try to rectify them. We have to stay positive and keep backing our skills throughout the competition."

The Indians too were guilty of conceding as many as six penalty corners against Netherlands while they failed to secure a single one. And it is an aspect of the game which Marijne needs to address.