The notable absentees in the squad are strikers Akashdeep Singh and Ramandeep Singh, who were a part of the Rio Games team 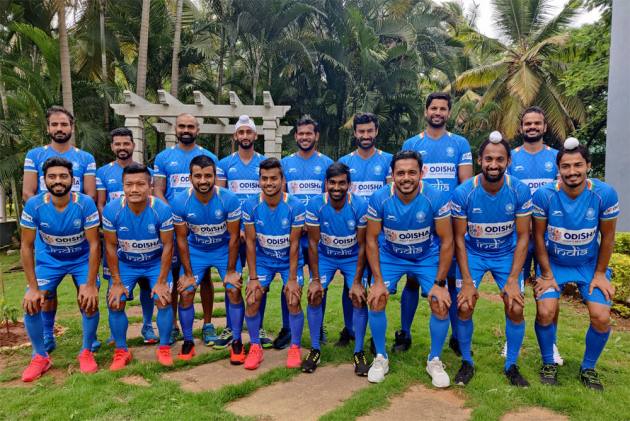 India on Friday named 10 Olympic debutants in its 16-member men's hockey squad, which also features seasoned performers like PR Sreejesh and Manpreet Singh, for the Tokyo Games to be held from July 23 to August 8. (More Hockey News)

These players were a part of the previous Olympic squad in Rio de Janeiro.

Veteran defender Birendra Lakra , who missed the 2016 Games due to a knee injury, has also been named in the side and is set to make his Olympic debut in Tokyo.

The team has only one goalkeeper in Sreejesh, which means promising Krishan Bahadur Pathak missed out on an Olympic berth despite being an integral part of the team in the lead up to the quadrennial Games.

The Olympic-bound Indian team has five defenders, five midfielders and as many forwards.

The notable absentees in the squad are strikers Akashdeep Singh and Ramandeep Singh, who were a part of the Rio Games team.

Even though Manpreet has been the captain of the side for sometime now, Hockey India hasn't named the leader of the Tokyo-bound team but it is expected that the ace midfielder will be retained in the role.

"It has not been an easy process to make the final selection of 16 players as there is a lot of quality and ambition in this group of players. The performance levels of all the athletes are at an optimum level and more importantly they work well together," Indian men's team chief coach Graham Reid said in a statement issued by HI.

"They know what it means to represent the country at the Olympics. We are now focussed on training with the same intensity and our goal is to put forward our best performance as a collective unit in Tokyo," he added.

HI president Gyanendro Ningombam wished the team success.
"TThe recent performance against Olympic Champions Argentina at the FIH Pro League shows they are headed in the right direction. I wish them all the best," he said.

The Indian men's hockey team has a rich Olympic history having won the gold medal eight times in the past.

But this time around, they will be looking to break their four-decade-long Olympic medal drought. India won their last of the eight Olympic gold medals way back in the 1980 Moscow Games.

The Indian men's team has been clubbed along side defending champions Argentina, three-time world champions and current world no.1 Australia, New Zealand, Spain and hosts Japan in Pool A.