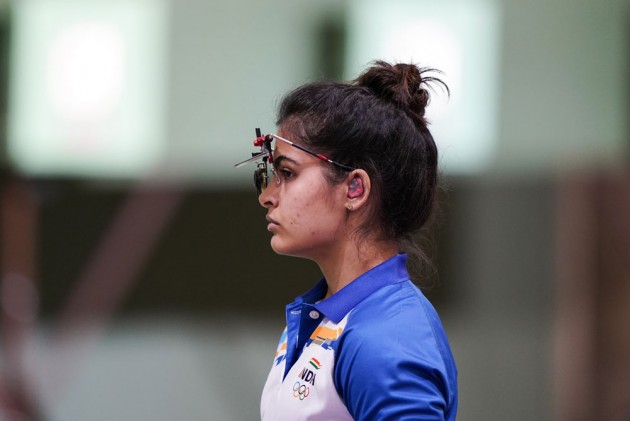 Indian shooters buckled under pressure for a second successive day as Manu Bhaker and Yashaswini Singh Deswal failed to make the finals of the women's 10m air pistol event in the Tokyo Olympics on Sunday.

Both were appearing in the maiden Olympics and the pressure got the better of them in the crunch moments.

The 19-year-old Manu, ranked number two in the world, was pegged back by a technical glitch involving her gun after an impressive start saw her take one of the places in the top eight.

With a 98, the Commonwealth Games and Youth Olympics gold medallist tried to stage a comeback of sorts in the fifth series, but caved in under pressure in a poor final series, which saw her register one 8 and three 9s, leaving Frenchwoman Celine Goberville to bag the eighth and last qualifying spot.

Meanwhile, it has mostly been an up and down outing for world number one Yashaswini, who shot her way back into contention with a 98 in the second series, including scoring five 10s in the second part, after a subdued start.

Having started with an impressive 98, including five 10s in the first series, Manu finished the event in 12th place with a total score of 575.

The problem with her gun saw her lose five minutes but she came back to manage a 95. The cut-off was 577.