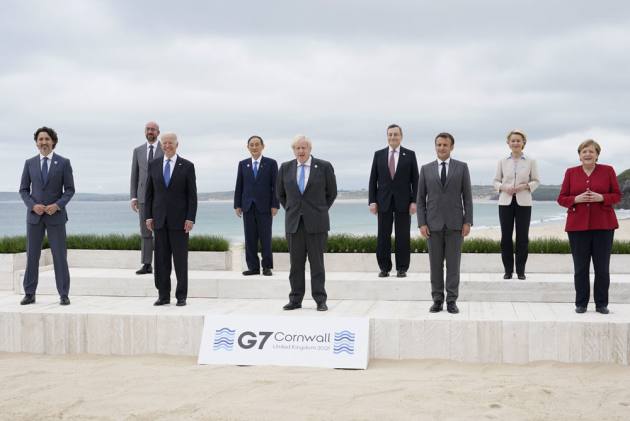 Japanese Prime Minister Yoshihide Suga has won the support from the other leaders of the Group of Seven for his country hosting the Olympics and Paralympics in Tokyo this summer. (More Sports News)

Speaking after talks in Carbis Bay on Sunday, he told reporters he had explained how "thorough infection control" would be in place to safeguard the Games.

In a communique following their summit, the G-7 leaders reiterated their support for holding the Games in a safe and secure manner "as a symbol of global unity in overcoming COVID-19".

Suga said he had been "reassured" by this support and promised to renew his determination "to properly open" the Games and make them a success.

The Tokyo Games must be successful "at all costs", he continued.

Tokyo and several prefectures are under a state of emergency until 20 June.

Infections have slowed recently, but the spread of variants is still a concern that could put pressure on already stressed medical facilities.

Japan is desperately pushing to accelerate the pace of vaccinations before the Games kick off on 23 July.

Thousands of athletes, Games officials, media employees and others from abroad are expected to arrive in Japan.

Foreign fans, however, have been banned from attending.