A six-time FIFA Player of the Year, Marta has 111 international goals, more than any Brazilian player, male or female 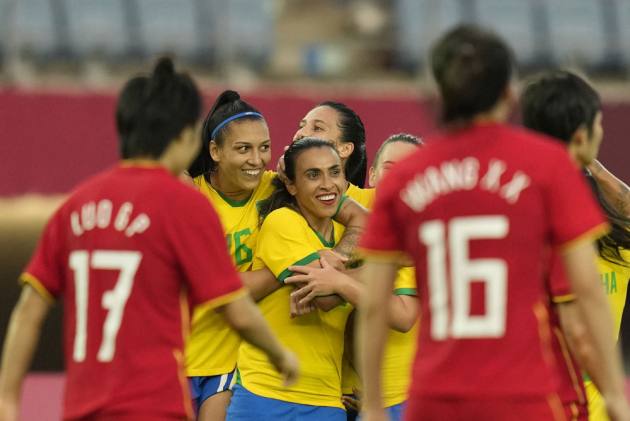 Marta became the first player to score in five straight Olympics and Brazil beat China 5-0 on Wednesday in the women's soccer tournament.

Marta finished with a pair of goals for Brazil, which is ranked No. 7 in the world. Debinha, Andressa Alves and Beatriz also scored.

A six-time FIFA Player of the Year, Marta has 111 international goals, more than any Brazilian player, male or female. After her goal in the ninth minute, Debinha added another in the 22nd to put Brazil up 2-0.

Marta added her second goal in the 74th minute before Alves scored from the penalty spot. Beatriz closed out the rout with a goal in the 89th.

Brazil was playing its first major tournament under Pia Sundhage, the former coach of both the U.S. and Swedish women. Sundhage coached the U.S. team that won the gold medal at the 2012 London Games.

China, ranked No. 15, qualified as runner-up at the Asian qualifying tournament. The Chinese were making their fifth Olympic appearance. The team's best finish was runner-up in 1996.

China's squad for Tokyo is largely inexperienced, with only five players left over from the roster for the 2016 Games.