Gloster, who served as India cricket team physio from 2005 to 2008, has worked with 11 Olympic-bound Indian athletes focusing on metal aspect 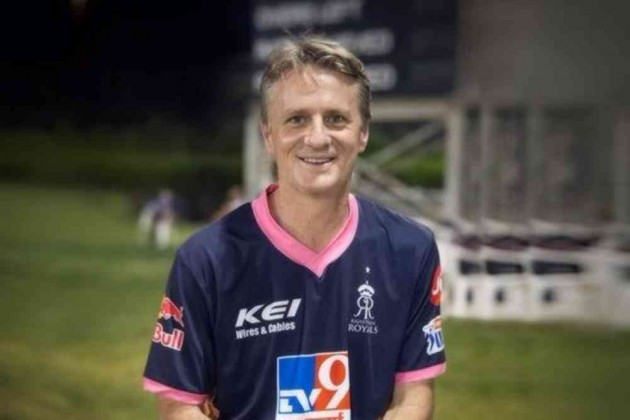 No crowds at Tokyo Olympics could spell advantage India, feels renowned physiotherapist John Gloster, who has worked with 11 Games-bound athletes from the country, focussing more on the mental aspect of their well-being. (More Sports News)

Speaking to PTI in an exclusive interview, Gloster, who has also been a physiotherapist with the Indian cricket team and IPL franchise Rajasthan Royals, spoke about his experience with some from the Olympic-bound group. The Australian served as India cricket physio from 2005 to 2008.

"Not that long ago, I felt that the performances in this Olympics would (be) perhaps not as good as previous games, not just the Indian contingent, but from athletes across the board," he said.

"And (now) I don't tend to agree with that. I actually think we are going to see improved performances from our athletes primarily because we are able to build and work more on the mental side of the game because of COVID-19," Gloster added.

Gloster has been working with 11 elite Indian athletes, including fencer C A Bhavani Devi, shuttlers B Sai Praneeth and Chirag Shetty, discus thrower Kamalpreet Kaur and swimmer Sajan Prakash among others owing to his association with the 'Go Sports Foundation' as head of Sports Science.

Gloster had travelled to Tokyo in 2019 to understand the conditions and share the knowledge with athletes and he believes the ban on crowds due to COVID-19 is good for the Indian contingent of more than 100 athletes.

The Games open on July 23 amid health safety fears because of the raging pandemic, which has remained a challenge for over a year now despite vaccines being developed.

"I think we are going to see more resilient, more durable athletes representing not just India but every country at the Olympics Games," Gloster stressed.

"There has been no greater fear than the fear of the unknown surrounding us with COVID. Many of us have lost loved ones and friends...So (in the) previous Olympics we hadn't had this sort of cloud hanging over us," he said.

Gloster said assistance to athletes at this time is more mental is they focus on ensuring personal safety while training as hard as they can.

"...we need to protect those athletes from COVID-19, and not just that, we want to allow them to compete on a higher stage but also keep them happy, so that is the difference," he explained.

According to Gloster, it was due to COVID-19, that they could work on the mental side of the athletes, which influences the outcome to a great extent.

"For a lead sport, we have talked about the mental side of the game, mental side of performance, being the majority in terms of influencing the outcome," he pointed out.

"So, what COVID has allowed us to do is to implement those strategies and suddenly an opportunity presented where we could focus particularly on the mental side of the athletes," he added.

He also said that the majority of the athletes have already been in bio-bubble environments and would be able to cope with the restrictive environment in Tokyo.

"The main thing is to create a positive environment. Create the environment, which allows them to escape mentally.

"We found with cricketers as well that we need to understand what are the things that comfort them and food is number one," he said.