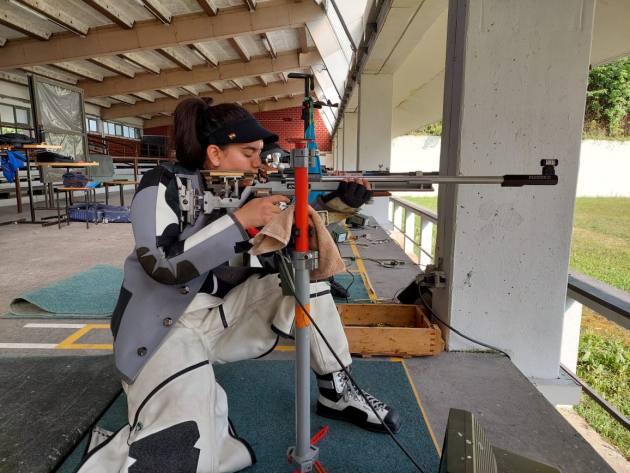 This meant the Indian shooting team's disastrous outing at the Games continued with none of its participants except for Saurabh Chaudhary qualifying for the finals, having entered Tokyo on the back of some stunning performances and soaring expectations.

Nina had also won bronze in the 10m air rifle.

World Championship silver-medallist Moudgil finished with 1167 and 54 inner 10s, while the veteran Sawant scored 1154 over the three series of standing kneeling and prone at the Asaka Shooting Range.

Shooting on day eight of the competition, Moudgil shot 390/400 in the kneeling position and 395/400 in prone to be placed fifth at that stage.

However, she could only manage 382 in the final position, finding it tough to recover from an eight in her first standing shot.

Moudgil, who was inside the top-8 for a while, raised hopes before the final series after a good set of 40 shots, but she could not sustain that.

She had a good outing in kneeling and prone but gave it away in the standing, managing a 382 in that.

Making her Olympic debut, Sawant could not recover from a poor kneeling round even though she had a good 394 in prone before managing 376 in standing.

The top eight shooters in the qualifications make the finals.

The seasoned Sanjeev Rajput and young Aishwary Pratap Singh Tomar are the last two Indian shooters left in fray at the Games.