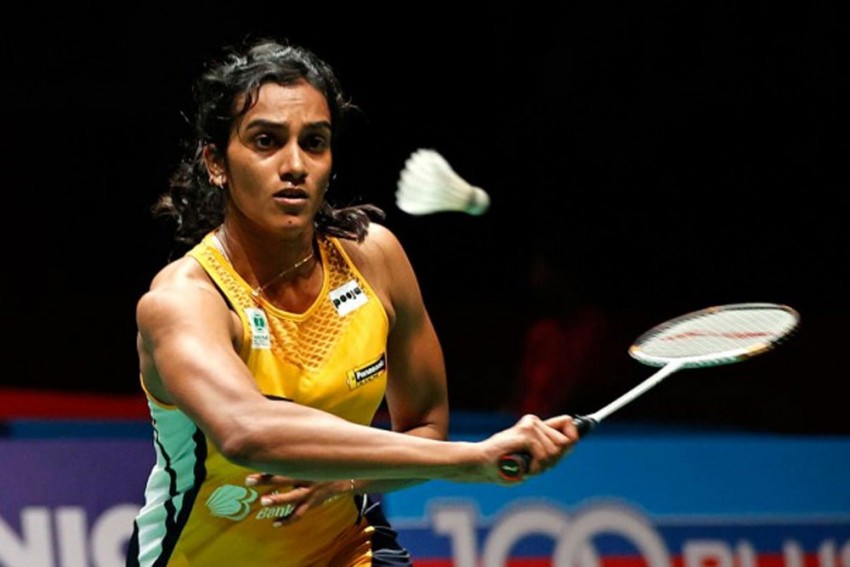 A strong medal contender at the Tokyo Games, ace Indian shuttler PV Sindhu on Friday admitted that she has got a favourable draw but insisted that she has to be on top of her game since no match will be easy at the Olympic level.  (More Sports News)

"It's a good draw in the group stage. Hong Kong girl plays well and it's going to be a good match," Sindhu, who is world number seven, said in a release issued by Badminton Association of India (BAI).

READ: 'Like To Live In The Present, Won’t Miss Gopi Sir In Tokyo'

"Everybody is going to be in top form, I hope I do well. Every match is important so I will take match by match. This is Olympic and it is not going to be easy, each point is very important," said the sixth seed.

Sindhu has an all-win record against her group stage opponents Ngan Yi and Polikarpova in the five and two encounters played so far against them respectively.

In men's singles, World No. 15 B Sai Praneeth has been placed in Group D alongside World No. 29 Mark Caljouw of Netherlands and World No. 47 Israeli shuttler Misha Zilberman.

"It's a mixed draw, not so tough and not so good. I have to be 100 percent to win all matches and it will be a good match for me," World Championships bronze medallist Praneeth said.

World no 10 men's doubles pair of Chirag Shetty and Satwiksairaj Rankireddy, however, are expected to face a stiff challenge in the league stage.

The duo have been placed in the Group A alongside top-seed and World No. 1 Indonesian duo of Kevin Sanjaya Sukamuljo and Marcus Fernaldi Gideon, who also finished at the top in the Race to Tokyo standing, and World No. 3 Chinese Taipei pair of Lee Yang and Wang Chi-Lin.

England's Ben Lane and Sean Vendy are the fourth pair placed in Group A.

"It's a very even group which means even if you lose a match, you are still in the game because nobody knows what will happen," India's Danish doubles coach Mathias Boe said.

"We'll focus on preparing as much as possible in the last few weeks. We will attack on court and hopefully, we get good results. I am positive, it's a good challenge for us."

In the singles category, 42 players are divided into 14 groups with each group consisting of three players. Top player from each group will qualify for the knockout stage.

While in the doubles category, 16 pairs are divided into four groups with top two pairs from each group advancing to the last-eight stage.

Badminton matches will kick-start from July 24.