Five athletes, three of them staying at the Games village, have tested positive for the virus till Monday 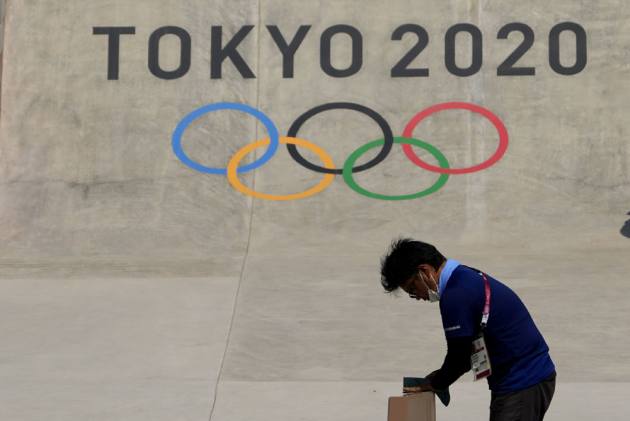 The Tokyo Olympic organisers on Tuesday announced the first case of a Games volunteer testing positive for COVID-19 along with seven more contractors associated with the event. (More Sports News)

Five athletes, three of them staying at the Games village, have tested positive for the virus till Monday. The volunteer who has returned a positive test is based in Iwate prefecture.

The total number of Games-related COVID infections has risen to 67 with the addition of nine more cases to the official list. The showpiece opens on July 23 and will go on till August 8.

Games volunteers are directly involved in assisting its operations before, during and after the event. They play an active role in helping create the excitement among fans and assist athletes in managing logistics.

With seven added to the list on Tuesday, the total number of infected contractors associated with the Games has gone up to 36.

This came after South African footballers Thabiso Monyane and Kamohelo Mahlatsi and video analyst Mario Masha tested positive for the virus on Sunday.

The Games will be held behind closed doors amid tight health safety protocols to try and ensure that they do not end up being a super spreader event as is being widely feared.