Biles pulled out of the gymnastics team competition when she realized following a shaky vault she wasn't in the right headspace to compete. 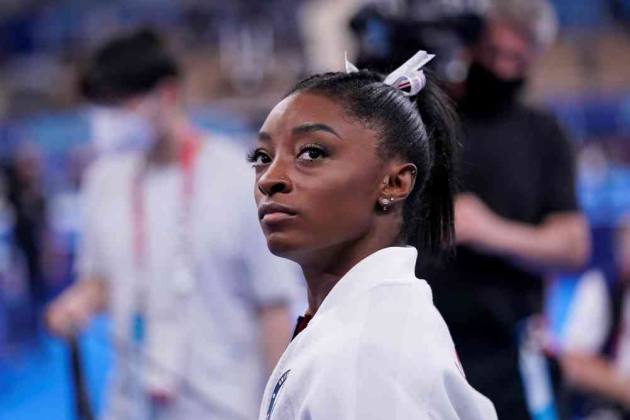 Following is the transcript of US gymnast Simone Biles' interaction with the media at Olympics after pulling out of the artistic gymnastics team finals. Tokyo Olympics | Full Schedule | Sports News

Asked if she withdrew from the final because of an injury.

"No, no injury, thankfully. And that's why I took a step back because I didn't want to do something silly out there and get injured. I thought it was best that these girls took over and did the rest of the job, which they absolutely did, they're Olympic silver medallists now and they should be really proud of themselves for how well they did last minute having to go in. It's been really stressful this Olympic Games. I think just as a whole, not having an audience, there are a lot of different variables going into it, it's been a long week, it's been a long Olympic process, it's been a long year. So just a lot of different variables and I think we're just a little bit too stressed out but we should be out here having fun and sometimes, that's not the case."

Asked how she came to the decision to withdraw.

"I just thought it would be better to take a backseat to work on my mindfulness. I knew that the girls would do an absolutely great job and I didn't want to risk the team a medal through my screw-ups. Because they've worked way too hard for that. So I just decided that those girls need to go and do the rest of the competition."

Asked if she will compete in the individual events.

"Yeah, we're going to take it a day at a time. I know tomorrow that we have a half-day or at least the morning off. So it will be a good mental rest. And so we'll take it from there."

Asked if she has a message for other athletes who might also be dealing with mental health issues.

"Yeah, I say put mental health first because if you don't then you're not going to enjoy your sport and you're not going to succeed as much as you want to. So it's ok sometimes to sit out the big competitions to focus on yourself. It shows how strong a person and competitor you really are, rather than just battle through it." (AP)