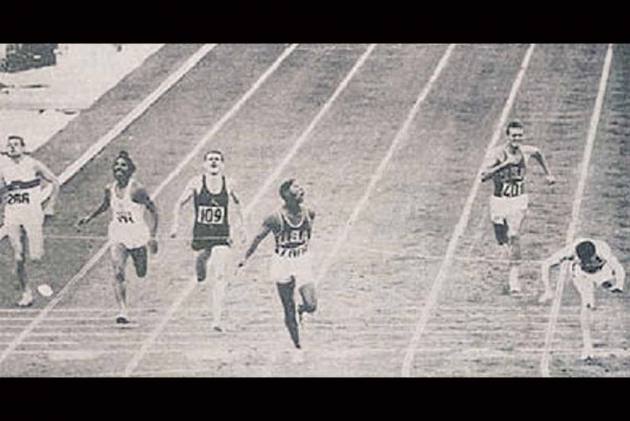 *Israel entered the Olympic Games for the first time.

*A cold-war atmosphere dominated the Games as the Soviets set up a rival Olympic village for Eastern Bloc countries.

*USSR women gymnasts, who won the team competition, began a streak that would continue for 40 years until the Soviet Union broke up into separate republics.

*The Helsinki Games marked the return of German and Japanese teams to Olympic competition. East Germany had applied for participation in the Games but was denied, and the German team consisted of athletes from West Germany only.

*Czech long-distance runner Emil Zátopek won the 5,000m, successfully defended his 10,000m title and then took his third gold medal in his first-ever marathon to complete a triple that remains unique in Olympic history.

*Lis Hartel of Denmark, who was paralysed below the knees, claimed silver in the equestrian dressage. She had to be helped on and off her horse.

*Lars Hall, a carpenter from Sweden, became the first non-military winner of the modern pentathlon.

*Melbourne won the right to host the 1956 Olympic Games by one vote over Buenos Aires.

*It was the first time that the Games were held in the Southern Hemisphere.

*Due to the reversal of seasons, the Games were held in November and December.

*While most of the athletes traveled down under for the 1956 Olympics, the horses and riders in the equestrian events did not. Due to Australia’s strict quarantine rules, the equestrian competitions were moved to Stockholm, Sweden—nearly 9,700 miles away—and held five months before the rest of the Games.

*Egypt, Lebanon, and Iraq boycotted the Games in protest of the Israeli invasion of the Sinai Peninsula.

*The Soviet invasion of Hungary provoked protests from numerous Western countries, and some of them, such as Spain, Switzerland and the Netherlands, withdrew from the Games.

*East and West Germany competed as a single team, a practice that would last through the 1964 Games.

*The U.S. basketball team put on the most dominant performance in Olympic history, scoring more than twice as many points as their opponents and won each of their games by at least 30 points.

*Athletes entered the stadium together during the closing ceremony as a symbol of global unity rather than in alphabetical order by National Olympic Committees which was the practice.

*The elctric foil was introduced for the first time in fencing and in swimming, the semi-automatic, digital-display timing device appeared.

*Rome finally got its chance to stage the Olympic Games, 54 years after it had to give up hosting rights of the 1908 Games, on financial grounds following the violent eruption of Mount Vesuvius in 1906 which caused widespread devastation to the city of Naples.

*An Olympic Stadium, home to the opening and closing ceremonies and the track-and-field competition, and a Sports Palace were built for the Games, and several ancient sites were restored and used as venues.

*The wrestling competition were held in the Basilica of Maxentius, an ancient building in the Roman Forum, and gymnastics in the Caracalla Baths while the marathon was run along the Appian Way and ended under the Arch of Constantine.

*In 1958, the IOC made the decision to adopt the Anthem composed by Spyros Samaras, with words by Kostis Palamas, as the official Olympic Anthem. It was played for the first time in the 1960 Rome Games.

*It was the last Games in which South Africa was allowed to participate until 1992 as the IOC could not tolerate the racist policies of the South African government.

*The Games were broadcast live in 18 European countries and, with only a few hours delay, to the United States, Canada and Japan.