Starting from the 1972 Olympic Games, the host cities were allowed to rework the reverse side of the medals. And more fun facts... 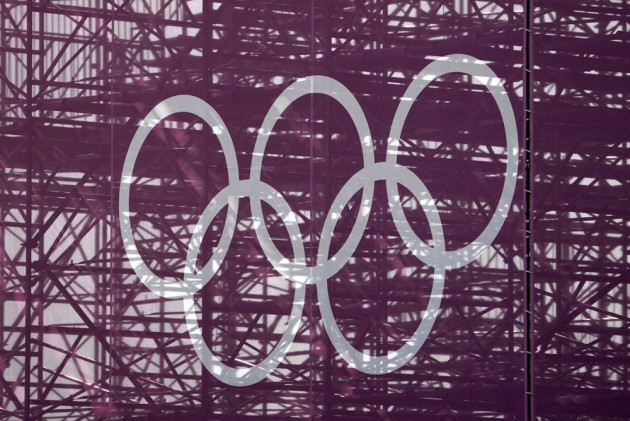 With the Tokyo Olympics approaching, PTI takes a look at interesting facts and trivia about the Games from its previous editions. (More Sports News)

*The 1964 Summer Games were the first Olympics held in Asia.

*The carrier of the flame, Yoshinori Sakai, was chosen because he was born on August 6, 1945, the day the atomic bomb was dropped in Hiroshima, in homage to the victims and as a call for world peace.

*Abebe Bikila of Ethiopia became the first athlete to win the marathon twice.

*The Tokyo Games was the last Olympics when hand timing by stopwatch was used for official timing.

*It was also the last time East and West Germany competed as a single team.

*Volleyball and judo were added to the roster.

*New Olympic records were set in 27 of the 36 events in the track-and-field competition.

*US swimmer Sharon Stouder won three gold medals and one silver at the age of 15 at the 1964 Games.

*It was the last Summer Olympics to use a cinder running track for athletic events, and the first to use fiberglass poles for pole vaulting.

*It was the first time an all-weather (smooth) track for track and field events instead of the traditional cinder track was used.

*The altitude of Mexico proved to be advantageous in the events which needed a brief, but intense effort, such as short-distance running (up to 800m), jumping, throwing and weightlifting, leading to world records in all of the men's races that were 400m or shorter, plus the long jump and triple jump.

*The rarefied air proved disastrous for those competing in endurance events that lasted longer than two minutes, such as long-distance and middle-distance running, swimming and cycling.

*Mexican hurdler Enriqueta Basilio became the first woman to light the cauldron at the opening ceremony.

*Swedish pantathlete Hans-Gunnar Liljenwall became the first Olympic athlete to test positive for the use of performance-enhancing drugs. He lost his bronze medal for alcohol use -- two beers to "calm his nerves".

*At the victory ceremony for the men's 200-metre run, African-Americans Tommie Smith (gold) and John Carlos (bronze) stood barefoot, each with head bowed and a single black-gloved fist raised during the national anthem, as a tribute to their heritage and a protest of the living conditions of minorities in USA. Both athletes were banned from the Olympic Village and sent home.

*East and West Germany competed for the first time as separate countries.

*Drug testing and female gender verification were conducted for the first time.

*The Munich massacre took place during the second week of the Games, in which eleven Israeli athletes and coaches and a West German police officer at Olympic village were killed by Palestinian Black September terrorists.

*The Olympic Games were suspended for 34 hours, and a mass was held in the main stadium to commemorate the victims.

*American swimmer Mark Spitz set a world record when he won seven gold medals in a single Olympics, bringing his lifetime total to nine. However, being Jewish, he was asked to leave Munich before the closing ceremonies for his own protection, after fears arose that he would be an additional target of those responsible for the Munich massacre.

*The first officially named Olympic mascot was created for the Games. Waldi was a dachshund, a popular breed of dog from Germany.

*Men's indoor handball, slalom canoeing and kayaking all made their Olympic debuts.

*Archery returned to the Olympic programme after a 52-year absence.

*Starting from the 1972 Games, the host cities were allowed to rework the reverse side of the medals.