Fourteen-year-old Romanian gymnast Nadia Comaneci was awarded the first-ever perfect score of 10.0 during the 1976 Montreal Olympics. And more fascinating facts... 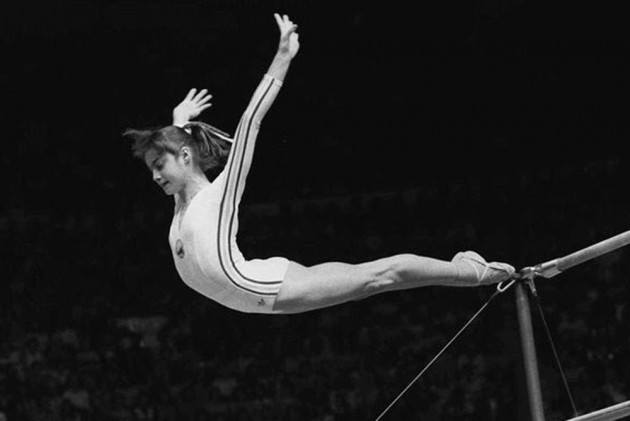 *Women's events in basketball, rowing and team handball all made their Olympic debut.

*Hockey was played on an artificial pitch for the first time.

*Fourteen-year-old Romanian gymnast Nadia Comaneci was awarded the first-ever perfect score of 10.0 for her performance on the uneven bars. She went on to earn seven maximum marks in total.

*Princess Anne became the first member of the British royal family to have competed in the Olympic Games. She was a member of her country's equestrian team.

*The Games were boycotted by 26 countries, mostly from Africa when the International Olympic Committee denied their request to ban New Zealand, whose national rugby team had recently toured South Africa, which had been barred from Olympic competition since 1964 because of its government’s apartheid policies.

*USA's Margaret Murdock became the first woman to win a medal in Shooting at the Summer Olympics and the first to win an individual open World Shooting Championship.

*The Moscow Games were the first to be staged in Eastern Europe, and remain the only Summer Olympics held there.

*They were also the first Olympic Games and only Summer Olympics to be held in a Slavic language-speaking country.

*Led by the United States of America, over 60 countries boycotted the Games entirely because of the Soviet Union’s invasion of Afghanistan.

*Eighty countries participated -- the lowest number since the 1956 Olympics.

*Several of the participating countries refused to attend the opening ceremony, and the Olympic hymn was played at several medal ceremonies, rather than the appropriate national anthem.

*Aleksandr Dityatin of Russia earned medals in every men's gymnastics event to become the first athlete to win eight medals at one Olympic Games.

*The East German women dominated the swimming as they had in 1976, capturing 11 of the 13 gold medals.

*New Zealand's Archer Neroli Fairhall was the first paraplegic athlete to take part in a medal event, competing in a wheelchair.

*The first Olympic women's marathon was staged, and was won by USA's Joan Benoit.

*Rhythmic gymnastics, synchronised swimming and the women's cycling road race made their debuts.

*Many communist countries, including the Soviet Union, East Germany, and Cuba, retaliated for the USA-led boycott of the Moscow Games four years earlier by staying away from the 1984 Games.

*Corporate sponsors, principally USA-based multinationals, were allowed to put Olympic symbols on their products, which were then marketed as the "official" product of the Olympics.

*With the powerful eastern European teams absent, the US men’s and women’s gymnastic teams had their best Olympic showing ever.

*In the absence of the Cubans, the US boxers dominated the competition, earning nine gold medals.