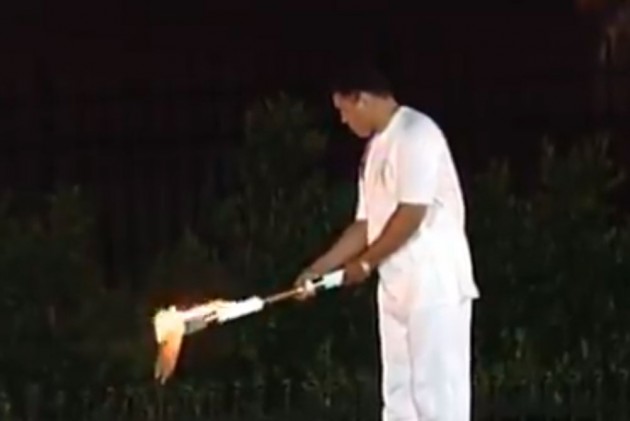 *The Democratic People's Republic of Korea (North Korea) boycotted the Games and was joined by Cuba, Ethiopia and Nicaragua.

*Tennis returned to the programme after 64 years. The event was now open to professionals. Germany's Steffi Graf concluded her Grand Slam tennis season by winning the Olympic gold.

*10 athletes were banned from the Games for using performance-enhancing drugs.

*For the first time, all three medallists in equestrian dressage were women.

*Canada's Ben Johnson set a world record in the 100m sprint, but tested positive for steroids. After his disqualification, USA's Carl Lewis was awarded the 100m gold, meaning he had successfully defended his 1984 Olympic title.

*Apartheid was abolished in South Africa and it was re-invited to the Olympic Games by the International Olympic Committee, after a 32-year ban from participating in international sport.

*The Olympic cauldron was ignited using a flaming arrow, lit from the flame of the Olympic torch.

*Germany sent a unified team having reunified in 1990, the last such team was at the 1964 Summer Olympics.

*Badminton and women’s judo were added to the Olympic programme

*As the Soviet Union was dissolved in 1991, the formerly Soviet-occupied states of Estonia, Latvia, and Lithuania, sent their own teams for the first time since 1936.

*Chinese diver Fu Mingxia, age 13, became one of the youngest Olympic gold medallists of all time.

*Croatia, Slovenia and Bosnia and Herzegovina made their Olympic debuts after the separation of the Socialist Federal Republic of Yugoslavia.

*Great Britain's Derek Redmond tore a hamstring during a 400-meter semi-final heat. As he struggled to finish the race, his father entered the track without credentials and helped him complete the race, to a standing ovation from the crowd.

*For the first time in Olympic history, all 197 recognised National Olympic Committees were represented at the Games.

*A total of 24 countries made their Summer Olympic debuts in Atlanta, including 11 former Soviet republics participating for the first time as independent nations.