If Srihari Nataraj's time is confirmed, the Tokyo Olympics will mark the first time two Indian swimmers will take part in the Summer Games after achieving a direct qualification 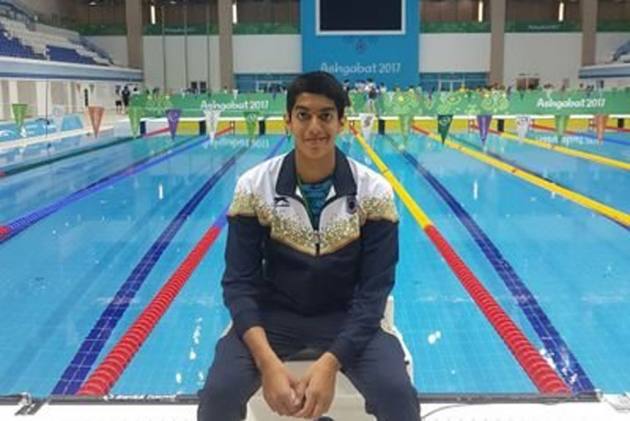 Ace Indian swimmer Srihari Nataraj on Sunday breached the 'A' standard time for the Tokyo Games by clocking 53.77s in the men's 100m backstroke at the Sette Colli Trophy but his participation in the Olympics will be confirmed only if FINA approves the timing. (More Sports News)

Nataraj had come agonisingly close to breaching the 'A' standard in the same event a couple of days back but missed it by 0.05 second after an effort of 53.90 seconds.

Nataraj's Sunday's effort, which came in a time trial, has created a new national record, which was enough to achieve the 'A' mark for the Tokyo Games set at 53.85 seconds.

In time trials, swimmers do not compete against other rivals but they get a chance to better their timing.

READ: Who Is Sajan Prakash

The Bengaluru swimmer was allowed a time trial by the organisers on the last day for Olympic qualification.

"Srihari Nataraj swam a 53.77 seconds in the time trial for 100m backstroke achieving the A qualification time for Tokyo 2020. His time achieved in the time trial shall be sent to FINA by the host federation along with the regular meet results," the Swimming Federation of India (SFI) said in a statement.

However, the time needs to be officially approved by FINA, the world body of aquatics.

"It will be for FINA to accept the result from the time trial at an approved qualification event, it is done routinely at many accredited meets; as in the recent case of the US Olympics team trials for the 400m freestyle event.

"We are very excited with the A cuts achieved by both our swimmers and hoping this result will be considered by FINA for Srihari to join Sajan Prakash as a direct qualification ( A cut ) entry for Tokyo 2020," SFI Secretary General Monal Chokshi said.

If Nataraj's time is confirmed, the Tokyo Olympics will mark the first time two Indian swimmers will take part in the Summer Games after achieving a direct qualification.

Sajan Prakash, who created history by becoming the first-ever Indian swimmer to breach the Olympic A standard in the men's 200m butterfly on Saturday, continued his purple patch by clocking 1:49.73 seconds in the 200m men's freestyle event.

Prakash has been on a record-breaking spree recently. This is his third national mark this month.

On Saturday, he had clocked a record-breaking 1:56:38 seconds in the men's 200m butterfly event.

With the historic sprint, Prakash rewrote his own national record of 1:56.96s that he had set last week at the Belgrade Trophy swimming competition.

While it will be Nataraj's maiden Olympics, the Tokyo Games will be Prakash's, who set a new national record in the 200m freestyle event, second stint at the quadrennial sporting extravaganza, having represented India in Rio in 2016.