Unless the team comprising G Sathiyan (world rank 30), veteran Sharath Kamal (WR 33) and Harmeet Desai (WR 86) play badly, India should not have a lot of difficulty in making the Olympic cut 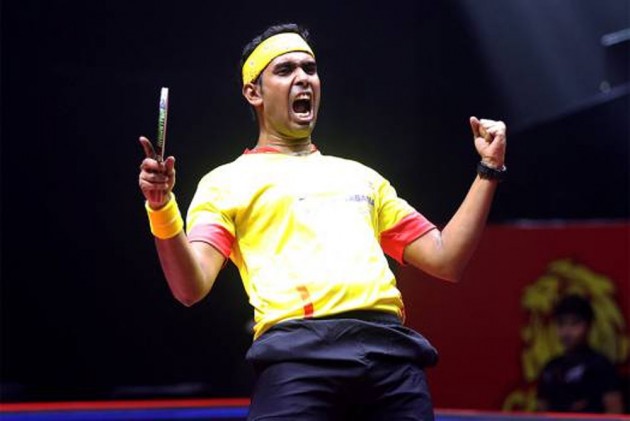 The Indian men's table tennis squad is well placed to create history at the Olympic qualifiers at Gondomar, Portugal beginning Wednesday. The fifth seeds need just a quarterfinal finish to ensure its maiden qualification as a team at the Olympic Summer Games. (More Sports News)

Unless the team comprising G Sathiyan (world rank 30), veteran Sharath Kamal (WR 33) and Harmeet Desai (WR 86) play badly, India should not have a lot of difficulty in making the Olympic cut. The other members of the team are Anthony Amalraj and fast-rising Manav Thakkar.

In the past games, Indian players have played only in individual events but now three of them being in top-100 shows the rapid strides India has taken at the highest level.

The men, who have been given a first-round bye in the draw of 64, take on Luxembourg in their opener. Sharath and Co effectively need to win two matches to qualify. Their round of 16 opponent will be 11th seed Slovenia or 20th seed Iran.

The women's unit, led by Manika Batra, has a much tougher task at hand as it runs into a much stronger Sweden in its opener.

Ahead of the tournament, the entire contingent had a camp in Chennai before it travelled to Germany to train with its national team.

Despite the lack of a head coach since the 2019 Asian Games, Indian players have been producing impressive performances on the professional circuit.

The men's team had ended a 60-year wait by winning a historic bronze at the Asian Games in Jakarta.

The contingent's campaign got even better Sharath and Manika, who won four medals at the preceding Commonwealth Games, bagged a surprise bronze in the mixed doubles.

Nine qualifying spots are on offer at the ITTF organised event. A top-eight finish guarantees Olympic qualification while the last spot available will be fought among the teams that lose in the round of 16 with their eventual winner filling the slot.

Korea is the top seed in men's category, followed by Chinese Taipei, Sweden, France and India.