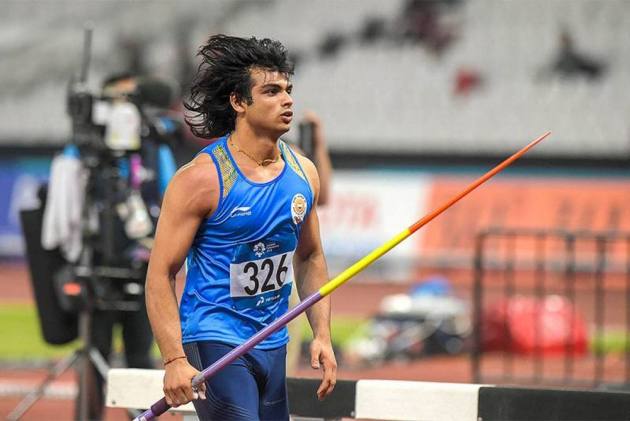 Dutee Chand and Avinash Sable will kick off India's athletics campaign at Tokyo Olympics while medal hope, Neeraj Chopra will be in action on August 4 and 7.

Pinning their slim medal hopes on the sprightly but under-prepared star javelin thrower Neeraj Chopra, India will begin their Olympic campaign in athletics on Friday, hoping to make amends for the disappointing performances in the last edition.

The 23-year-old Chopra, currently ranked fourth in the world, is the brightest prospect for an Olympic medal though he is short on preparations, having competed in only one top-class international event in the run-up ro the Olympics due to the COVID-19 pandemic.

The Athletics Federation of India had planned training-cum-competition tours abroad for the athletes prior to the Games but had to cancel them due to the global travel restrictions triggered by the pandemic.

Out of the 26-member Olympic team, only Chopra was able to train and compete in Europe in early June before arriving in Tokyo on Tuesday.

He had just three international events before the Olympics but the first two were minor ones with local athletes competing.

In his only top-class international event this year, Chopra finished third with a throw of 86.79m at Kuortane Games in Finland while Tokyo Olympics gold medal hot favourite Johannes Vetter (93.59m) of Germany won the event.

Chopra, who began the season by breaking his own national record with a 88.07m throw at the Indian Grand Prix in March, has spoken about his frustration at the lack of top-class international events in the build up to Olympics.

The 2017 world champion Vetter (personal best 97.76m, season best 96.29m) has been unbeatable this season with 90m-plus throws in seven events between April and June.

If he continues his form, Vetter seems to be sure-shot for his first Olympics gold.

Chopra, who has been based in Uppsala in Sweden with bio mechanics expert Klaus Klaus Bartonietz, will have his first throw in an Olympics during the qualifying round on August 4 before the finals to be held three days later.

The field was depleted after reigning Olympic champion Thomas Rohler of Germany pulled out with a back injury. World champion Anderson Peters, on the other hand, has not been in great form this season.

Estonia's World Championships silver medallist Magnus Kirt has also pulled out due to a leg injury.

Other than Chopra, none have a realistic chance for a medal but some of them would look to qualify for the final round.

In Rio five years ago, only Lalita Babar could make it to the finals in the women's 3000m steeple chase.

Discus thrower Kamalpreet Kaur, ranked sixth in the world with personal best of 66.59m, could be gunning for a top-5 finish if not for a medal provided she can continue her strong form which helped her break the national record twice recently.

Asian Games champion shot putter Tajinder Singh Toor, who bettered his own national mark at IGP 4 in June with a 21.49m throw, can also make it to the final though the event will be extremely competitive going by what had happened in the 2019 World Championships.

If the likes of Shivpal Singh (javelin throw), Avinash Sable (3000m steeplechase) and M Sreeshankar (long jump) can better than their personal best, they can also make it to the final round.

Sreeshankar's form though has dipped after his national record breaking 8.26m jump during the Federation Cup in March and the AFI was even mulling on dropping him, along with 20km race walker K T Irfan, after he cleared just 7.48m in the 'fitness trial' held on July 21.

They were retained but AFI president Adille Sumariwalla warned that action will be taken against all those who do not perform well here.

Sable will kick off proceedings on Friday, followed by Dutee Chand (100m) and M P Jabir (400m hurdles) in their respective heats in the morning session. The mixed 4x400m relay team will be in action in the evening for a place in the final.

National record holder Dutee, who has qualified for Olympics on the basis of world rankings, has admitted to the gulf between her timing and that of the medal contenders and she would be looking to reach the semifinals by bettering his personal best.