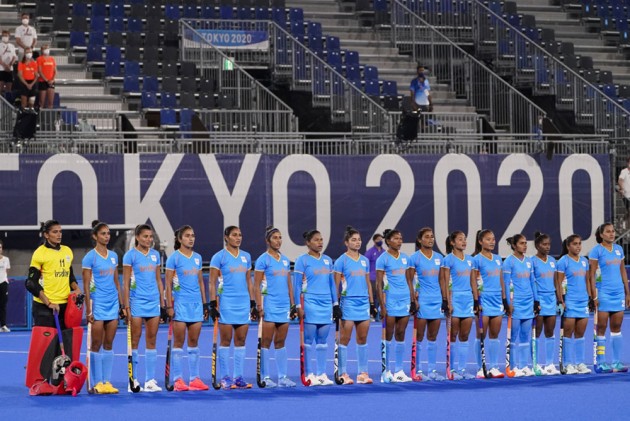 After surviving a tough league phase, the Indian women's hockey team face mighty Australia in their quarter-final match at Tokyo Olympics on Monday.

The team's grit will be put through a severe test when it takes on Australia, hoping to add another unexpected win to a dream run that has seen the side reach the last-eight stage for the first time.

India finished their Pool A proceedings in the fourth place with six points, riding on back-to-back wins over Ireland and South Africa. The top four teams from each pool made it to the knockout stage.

The Indian women hockey team's best finish at the Olympics came on debut in Moscow back in 1980 when it ended up at the fourth position among six teams.

In that edition, only six teams participated out of which India finished fourth in a round-robin format competition with no classification or elimination matches.

Here in Tokyo, their campaign has been a story of resilience.

After losing their first three matches against Netherlands, Germany and defending champions Great Britain, the Indian women made a brilliant comeback, defeating higher-ranked Ireland 1-0 and overpowering South Africa 4-3 to keep themselves in the hunt.

India's place in the last eight round was secured after Great Britain defeated Ireland 2-0 in the last Pool A match.

The Rani Rampal-led side showed grit and determination to bounce back after three consecutive defeats and it is this determination which the Australian will test like never before.

Veteran striker Vandana Kataria became the first from the country in women's hockey to score a hat-trick and help her side's cause.

And come tomorrow Vandana would be looking to continue her good run in the competition.

Throughout the tournament, the Indians have created numerous scoring chances, be it from penalty corners or open play, but they have lacked in finishing.

The Rani-led forward line has been impressive throughout the the pool stages but the likes of Sharmila Devi, Lalremsiami and Rani herself have squandered many chances.

The Indians have also been below-par with penalty corner conversions so far with star drag-flicker Gurjit Kaur looking a pale shadow of herself.

The team secured 33 penalty corners so far from five pool matches out of which it managed to utilise just four chances with all the goals coming through variations.

But come Monday, Gurjit will have to be at her best if India desire to qualify for an unprecedented semifinal spot in the Games.

Going by rankings, world no.4 Australia will start as favourites against the no.10 ranked Indians.

But India can take heart from their last outing against Australia which ended in a 2-2 draw in a Tokyo Olympics Test event in August 2019.

Australia, on the other hand, will go into Monday's match high on confidence having finished atop Pool B with an all-win record.

The Australians have so far scored 13 goals and conceded only one.

On the other hand, India have conceded 14 goals and scored only seven, and will have to be careful against the Australians, who have scored the joint-second highest number of goals in the group stages, behind only the Netherlands.

"The tournament starts again. If you play well, or not well in the pool matches it does not matter, it starts all over," he had said after the win over Japan.

"It will be another type of game because it is high pressure, everything or nothing. The good thing is we had that in the last two matches, so we have already experienced that."