Tokyo Olympics Would Have To Be Cancelled If Not Held In 2021: IOC Chief Thomas Bach 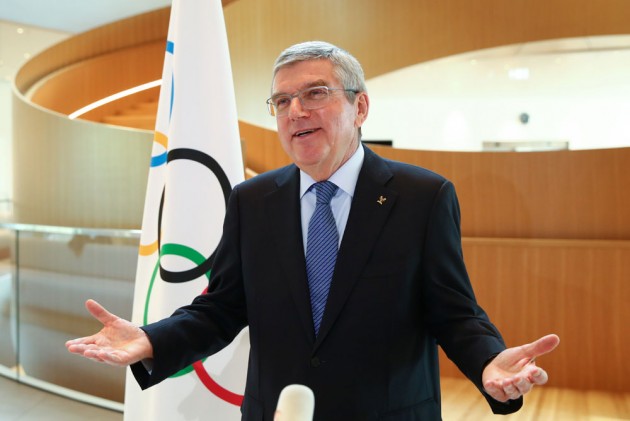 International Olympic Committee (IOC) president Thomas Bach has conceded that the Tokyo Olympics will have to be cancelled if it cannot take place next year.

"You cannot forever employ 3,000 to 5,000 people in an organising committee," Bach told BBC. "You cannot have the athletes being in uncertainty."

The sporting carnival was initially set to be hosted in July this year but due to coronavirus pandemic, it will now take place from July 23 till August 8.

Bach said he hoped the first-ever postponed Games, which are due to take place next summer in Japan, could prove "unique" and send "a message of solidarity among the entire world, coming for the first time together again, and celebrating the triumph over coronavirus".

"There is no blueprint for it so we have to reinvent the wheel day by day. It's very challenging and at the same time fascinating."

The former Olympic fencing champion, however, said that the IOC was committed to holding the Olympic Games in the Japanese capital next year.

Bach also said that he agreed with Japan's prime minister, Shinzo Abe, who said last month that holding the Games would be "difficult" unless the pandemic was contained.

"For this question, we are relying on the advice of the World Health Organisation.

"We have established one principle: to organise these Games in a safe environment for all the participants. Nobody knows what the world will look like in one year, in two months.

Currently, sports authorities around the world are looking to play matches behind closed doors as a precautionary measure against the spread of the virus.

In football, German Bundesliga hosted its matchday 26 in the absence of fans and other leagues are also set to follow suit.

Talking about the possibility of a closed-door Olympics, Bach stated that's not what they want.

"This is not what we want. Because the Olympic spirit is about also uniting the fans and this is what makes the Games so unique that they're in an Olympic Stadium, all the fans from all over the world are together.

"But when it then would come to the decision... I would ask you to give me some more time for consultation with the athletes, with the World Health Organisation, with the Japanese partners," Bach said.