Reigning world champion Pramod Bhagat was also named along with Manoj Sarkar for the newly introduced Para Badminton Pair of the Year, with five other nominees. 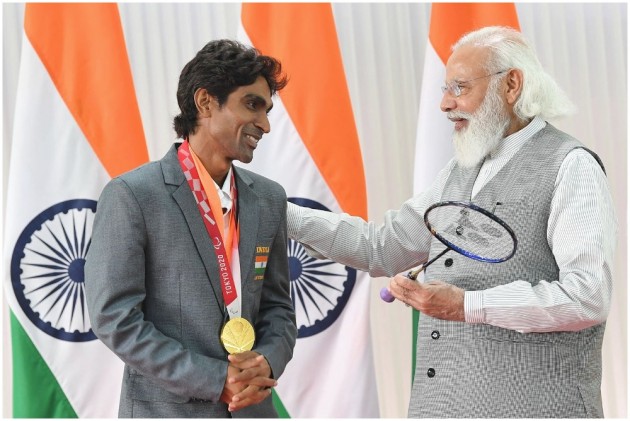 India's Tokyo Paralympics gold winner Pramod Bhagat was on Thursday named among six shuttlers for the Male Para Badminton Player of the Year by the sport's world body but none of his compatriots featured in the able-bodied awards' categories. (More Sports News)

Reigning world champion Pramod Bhagat, who had won a historic gold medal in the men's singles SL3 class in the Tokyo Olympics in September, was also named along with Manoj Sarkar for the newly introduced Para Badminton Pair of the Year, with five other nominees.

Manoj Sarkar had bagged a bronze in the men's singles SL3 class in the Tokyo Olympics.

The 33-year-old Pramod Bhagat, who had contracted polio when he was four years old, picked up the sport after watching his neighbours play. Initially, he competed against able-bodied players before getting into competitive para badminton in 2006.

Pramod Bhagat is also the current world number one and Asian champion in SL3. In SL3 classification, athletes with lower limb impairment compete.

Moments that matters. It is a very proud moment for me to be nominated by @bwfmedia for the Player and Pair of the year. I would also like to congratulate all the other athletes who are nominated.#BWFAwards #ParaBadminton pic.twitter.com/R41jp7mGCl

There was no Indian in the list of nominees in the able-bodied categories.

Axelsen was the gold medallist at the Tokyo Olympics.

The winners will be announced during the Bali Leg of the HSBC BWF World Tour in Indonesia in November-December.

"The BWF Awards Commission also wished to make special mention of the extraordinary journey of Guatemala’s Kevin Cordon across four Olympic Games and his stunning performances at Tokyo 2020 which took him to the semifinals," the BWF said.