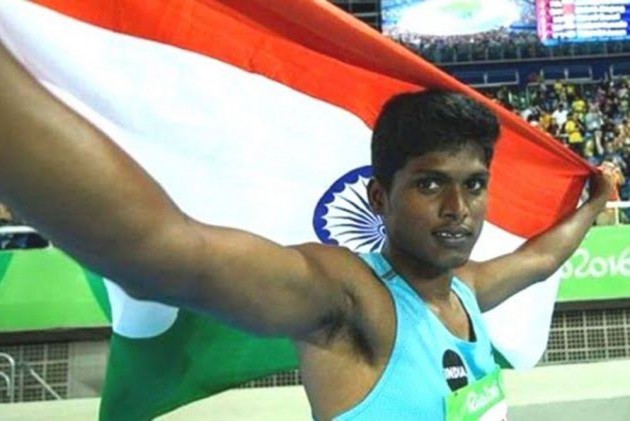 India's designated flag bearer at Tokyo 2020 Paralympics, Thangavelu Mariyappan will not be part of the opening ceremony today (August 24). He has been replaced by Tek Chand as the country's flag bearer. Mariyappan was forced into quarantine after he came in close contact with a covid positive foreign passenger. (More Sports News)

The Paralympic Committee of India (PCI) had earlier announced that Thangavelu will lead the country’s delegation into Japan’s National Stadium. Mariyappan booked his place at the Paralympic Games when he finished third at the 2019 World Para Athletics Championships.

Confirming the development, the PCI in a statement said that, "on his flight to Tokyo, Mariyappan came in close contact with a covid positive foreign passenger. Though on reaching the village he has been Tested for 6 days and all his reports are negative, but the Organizing Committee has advised not to make Mariyaapan participate in the Opening Ceremony today."

The ceremony starts at 4:30 PM IST. The opening ceremony will be telecast Live on Eurosport/HD. The Live feed from Eurosport will also be streamed on the Discovery+ app.

"Just now we have received an information from the Tokyo Paralympic COVID control room that 6 of our para athletes have been found to be in close contact while they were travelling to Tokyo," India's Chef de Mission Gursharan Singh said.

"Out of the six, Mariyappan and Vinod Kumar have also been found to be in close contact. Regretfully, Mariyappan who was the flag-bearer will not be able to join the march past today in the opening ceremony.

"Instead of Mariyappan now Tek Chand would be the new flag-bearer," he added.

Singh, however, made it clear that both Mariyappan and Vinod will compete in their events as they have tested negative for the virus so far.

"However, both Mariyappan and Vinod Kumar have been found to be negative since last six days and they will be able to participate in their respective events and be allowed to practice adhering to strict COVID guidelines," he added.

Mariyappan, who would be competing in the men’s high jump F42 event, is allowed to train but have specific timings. F42 category is for athletes with a leg deficiency, leg length difference, impaired muscle power or impaired passive range of movement in the legs.

The 26-year-old from Salem in Tamil Nadu had won India’s first gold at the 2016 Rio Paralympics with a jump of 1.89 metres. And he was subsequently honoured with India's highest sporting award, the Khel Ratna.

A record 54 athletes will represent India at the Paralympics.

In view of the surging COVID-19 cases in Tokyo, fans have been banned from the Paralympics, just like the preceding Olympic Games.