Rakesh Kumar had near-perfect four ends, dropping just one point each enroute to totalling 144 out of a possible 150 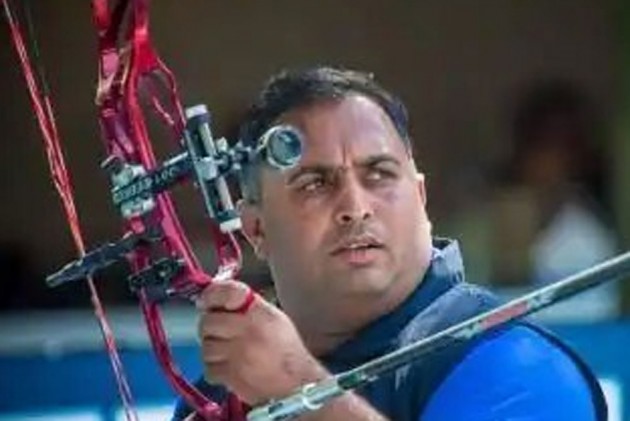 Rakesh Kumar continued his impressive run of form to storm into the pre-quarterfinals while his teammate Shyam Sundar Swami made a second round exit as Indian compound archers had a mixed day at the Paralympic Games in Tokyo on Saturday. (More Sports News)

A day after he shot the highest score -- 699 out of a maximum 720 -- by an Indian para archer in the qualification round, the wheelchair-bound 36-year-old Kumar easily overcame Ka Chuen Ngai of Hong Kong by a massive 13-point margin at the Yumenoshima Park here.

Kumar, who won an individual gold medal at the 7th Fazza Para Archery World Ranking Tournament in Dubai earlier this year, had near-perfect four ends, dropping just one point each enroute to totalling 144 out of a possible 150.

Overall, he shot nine perfect 10s including four closest to the centre (X), as his Hong Kong rival paled in comparison shooting four 10s (three Xs) for a total of 131.

In the last-16 round on Tuesday, the third seeded Kumar will face 14th seed Marian Marecak, a two-time 49-year-old Olympian from Slovakia.

Earlier, 21st seed Sundar, who also got a bye into the second round, had a narrow 139-142 defeat against 2012 Paralympics silver medallist Matt Stutzman, the armless archer from the USA who shoots with his feet.

From being 55-all at the halfway mark, Stutzman took a three point lead with a perfect 30/30 fourth end and sealed the fixture by three points, despite some late challenge by the Indian.