A total of 72 para-athletes, including 18 female players, took part in the selection trials held in Delhi on June 29 and 30. India has been granted 24 slots, including four women athletes, by the World Para Athletics 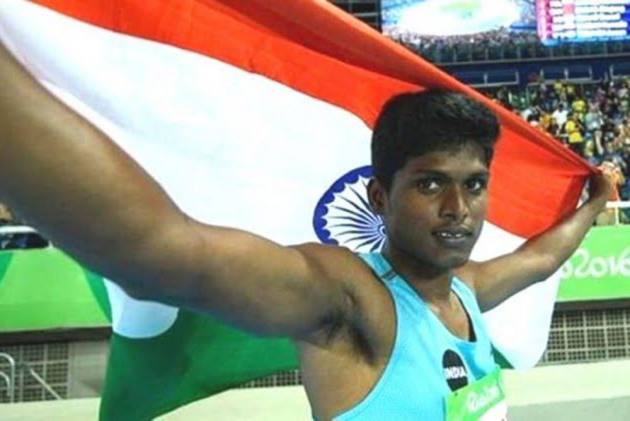 Top para high-jumper Mariyappan Thangavelu was on Friday named the flag-bearer of the Indian contingent in the Tokyo Paralympics, which begins on August 24. (More Sports News)

Thangavelu, who is defending the T-42 gold he had won in 2016 Rio Paralympics during the August 24 to September 5 showpiece in Tokyo, was picked for the honour by the executive committee of the national body.

"Mariyappan Thangavelu will be the flag-bearer of the Indian contingent at the Tokyo Paralympics. The decision was taken at the executive committee meeting of the Paralympic Committee of India (PCI)," Para-Athletics Chairman R Satyanarayana told PTI.

The 25-year-old Thangavelu, who was conferred with the Khel Ratna, the country's highest sporting award, last year is one of the 24 para-athletes picked by the selection committee for the Tokyo Paralympics.

A total of 72 para-athletes, including 18 female players, took part in the selection trials held here on June 29 and 30. India has been granted 24 slots, including four women athletes, by the World Para Athletics.

He qualified for the Tokyo Paralympics after finishing third in the T-42 high jump event at the 2019 IPC World Athletics Championships in Dubai.

Thangavelu, who hails from Salem district in Tamil Nadu, suffered permanent disability at the age of five when a bus crushed his right leg below the knee.

He had to work as newspaper hawker to support his family and sustain his sporting dreams when he started his career.

His target is to win his second gold and create a world record in his event in Tokyo Paralympics by clearing the 2-metre mark.

"A gold and a world record in Tokyo is my target and I think I can achieve it," he had told PTI last year.

In T-42 category, the athletes have one or more impairment types affecting hip and/or knee function in one or both limbs and with activity limitations in throws, jumps and running competing without prosthesis.