Jhajharia, 40, won his first gold in F-46 category in 2004 Athens Paralympics and then won his second top medal in the 2016 Rio Games 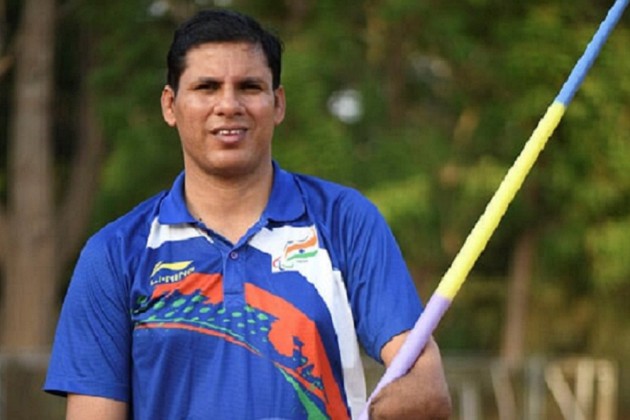 Double Paralympic gold medallist Devendra Jhajharia on Tuesday said he was on the verge of quitting the sport after his pet event was excluded from the 2008 and 2012 editions but his wife convinced him to keep going.   (More Sports News)

The 40-year-old Jhajharia won his first gold in F-46 category in 2004 Athens Paralympics and then had to wait for another 12 years for his second yellow metal in 2016 Rio Games.

"When my event was not included in 2008 Paralympics, I said OK it will be in 2016. But when it was not there again in 2012, I thought I would quit the sport. This was 2013," Jhajharia told Prime Minister Narendra Modi during a virtual interaction.

"But my wife said I should not do it and can play till 2016. So, I changed my plan and in 2013 I got to know that my event will be there in the Rio Paralympics. Then I started training at SAI Center in Gandhinagar and won my second gold in 2016 Rio."

His wife Manju is a former national level kabaddi player.

Dropping or introduction of an event in a particular edition of Paralympics is solely on the discretion of International Paralympic Committee.

Those events (or classifications) which attract less participation in the previous Paralympics or other top competitions are prone to be dropped.

Para-athletes are given a classification depending on the type and extent of their disability. The classification system allows athletes to compete against others with a similar level of ability.

F-46 classification is meant for athletes who have upper limb affected by limb deficiency, impaired muscle power or impaired passive range of movement.

Jhajharia, who is gunning for a hat-trick of gold in Tokyo Paralympics beginning August 24, said he had faced taunts from people when he started his sport.

"When I was nine years old, I lost my hand (due to electrocution). It was a challenge to go outside my house. When I pulled javelin at my school, there were taunts that I had to deal with.

"People asked how will I throw a javelin, they told me there is no place for me in sports, it's better to study and try and get a good job.

"Then I decided that I will not be weak. In life I have learnt that when there is a challenge in front of us then you are close to achieving success. So, I took it as a challenge.

"I am dedicated towards my sport. I am very disciplined, I keep a javelin in the room where I sleep."

Another Rio Paralympics gold medallist Mariyappan Thangavelu told the PM that he will give his best in Tokyo.

"I suffered an accident when I was a small kid but I did not let that deter me. My coach (Satyanarayana) has helped me a lot and I have got a lot of support from the government, SAI and the paralympic committee. I want to tell every athlete to never give up."

Young para badminton player Palak Kohli, whose one hand did not develop properly, narrated how a chance meeting with coach Gaurav Khanna changed her life.

Kohli has been training at Gaurav Khanna Academy in Lucknow since 2019 and she could train even during the coronavirus-enforced lockdown.

"Paralympics is the biggest stage for any para-athlete and I had not thought I would reach here so fast. But I hope I can prove that my disability can become a superability."