At Tokyo, the 100m sprint line will be a celebration of hope for Kashafali and other African kids whose lives have been ravaged by war and poverty 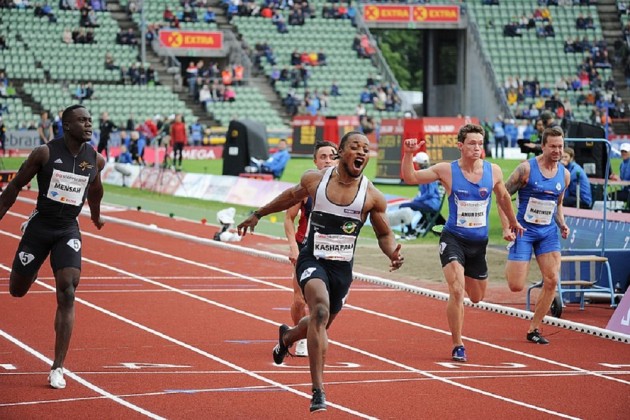 As a kid Salum Ageze Kashafali would wake up at the wee hours to the sound of bombs with debris scattered around in a ball of smoke. (More Sports News)

The little Congolese would often think if the long night of darkness would ever end, if he could ever go to a school like other children, if he could get a meal without begging in a queue.

And then luck smiled on Kashafali and his family as they took refuge in Norway -- the land of midnight sun -- where he realised his dream of becoming a top-notch sprinter.

As Kashafali gears up to justify his top billing in the men's T12 (for visually impaired) 100m race at the Tokyo Paralympics, the current world champion recalls growing up amid a civil war in a backward African nation.

"There were times when we were just struggling to stay alive," Kashafali told the Olympic Information Service (OIS).

"There was one night when my family were sleeping. Suddenly we woke up and there were fires all over the place after some bombs had gone off. The first thing we saw after we got out of the door was people lying down on the ground. You are just waiting to die," the ace para athlete said, recalling the horror days.

His family eventually escaped the unrest and spent months in refugee camps before settling down thousands of miles away in Bergen, Norway.

Once his family settled there, his life changed completely.

"Moving to Norway was like winning the lottery," he said.

"It was a one in a million chance, to go from begging for food to getting a roof over you. That's bigger than anything you can ever imagine."

But then, as he was entering teens, everything seemed dark again as Kashafali was diagnosed with Stargardt disease, which causes a loss of central vision.

"I didn't go to school until I was something like 13 years old. I couldn't read, I couldn't even write my name. It wasn't easy, but you have to do it. Slowly and surely you pick things up," the sportsman in him expressed his feelings.

For someone who first learnt alphabets and numbers in his teens, Kashafali now teaches mathematics in a junior school when he is not scorching the tracks.

"I always told my father and my mother that if I ever got the opportunity to go to school then I want to be a teacher. I love teaching," he said.

At Tokyo, the 100 metres sprint between the starting block and the finishing line will be a celebration of hope for all those African kids whose lives have been ravaged by war and poverty.

"To be here now in Tokyo and to be in a position to hopefully win a medal, that is every athlete's dream," Kashafali said as he sets sights on breaking his own record on Friday.

"I've heard the track is very fast and there were a lot of world and Olympic records broken during the Olympics, so hopefully some of us can challenge some good records in the next few days."

His gradual loss of vision led to his participation in the Paralympics but even with his limited sight, he had competed against able-bodied athletics and won gold medals in the 100m at the 2019 national championships and in 60m at the 2015 national indoor championships in Norway.

He used to play football but switched to athletics after his vision continued to deteriorate.

"It got to the point that I couldn't see anything. So, I tried track and I won my first race."

If he stands on the podium on Friday, he can quote the great American author and disability rights activist, Hellen Keller, who said, "Once I knew only darkness and stillness...my life was without past or future...but a little word from the fingers of another fell into my hand that clutched at emptiness, and my heart leaped to the rapture of living."