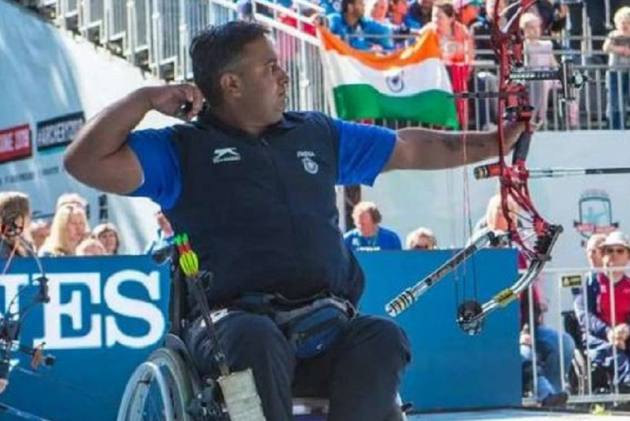 The third-seeded Rakesh, who had shot the best Indian qualifying score of 699 out of a possible 720 in the ranking round, found the going tough against the 2016 Olympics mixed open champion to lose by two points (143-145) at the Yumenoshima Park.

The Chinese 24-year-old, who is the reigning Asian Games champion, made a strong start shooting a perfect 30 while Rakesh scored 29 to trail by just one point.

Xinliang extended the lead by two points in the second end before the Indian 36-year-old reduced the deficit by one point at halfway mark.

A perfect round eluded Rakesh in the last two ends as the Chinese maintained his supremacy to seal a last-four berth.

In the pre-quarterfinals, Rakesh bounced back from behind to oust Marian Marecak, a two-time 49-year-old Olympian from Slovakia.

Two 8s in the first two ends saw the Indian trail by three points as he slowly stepped up before a perfect fourth end -- three 10s including two Xs (closest to the centre) -- took him past the Slovak 111-108.

Both shot an identical 29-all in the final end which was enough for Rakesh to make the last-eight.

In their second Paralympic appearance, India will now look up to Vivek Chikara and Harvinder Singh who will open their campaign in the recurve men's open on Friday.