Just hours before the start of the first ODI at Rawalpindi on Friday, New Zealand called off the Pakistan tour, citing security concerns. 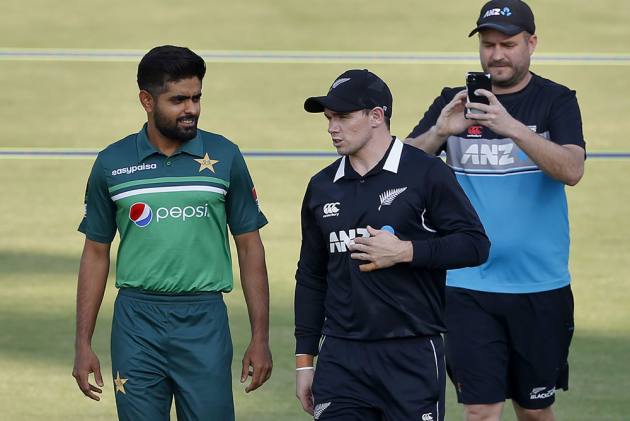 New Zealand batsman Tom Latham on Tuesday admitted that his team missed out on a "historic moment" by cancelling the Pakistan tour but asserted that the decision was based on players' safety. (More Cricket News)

Just hours before the start of the first ODI at Rawalpindi on Friday, New Zealand called off the Pakistan tour, citing security concerns.

Latham was named skipper for the Pakistan series, where they were scheduled to play three ODIs and five T20Is.

"... it was a historic moment for New Zealand Cricket to be back there 18 years since they were last there. To be part of that was going to be something special, but obviously things changed," Latham told New Zealand's in-house media channel according to ESPNcricinfo.

"NZC acted swiftly along with the people on the ground in Pakistan. While we were there after the decision, the Pakistan authorities were brilliant. They kept us safe at the hotel and we certainly need to thank them."

Latham, who is currently in Dubai, detailed the build-up to the fateful decision to call off the tour.

"It was like a normal game day. We were leaving at 12:30, and then I got a message on my WhatsApp group that we were having a team meeting at 12 o clock. Everyone was sort of wondering what was up and then we got told the news that we were heading home.

"It was an interesting 24 hours post that decision but obviously NZC and the Players Association, everyone on the ground in Pakistan and NZ Cricket obviously had players' safety first and foremost. For them to get us to Dubai in 24 hours was outstanding so the guys were very thankful for that."

NZC CEO David White had said there was a "specific and credible" threat directed at the touring side, one that would not be shared with the PCB or the Pakistan authorities, a point that particularly riled PCB chairman Ramiz Raja and CEO Wasim Khan.

"It's naturally very disappointing for them (Pakistan and their fans). It was something they were very proud of. I remember doing the captain's round with Babar (Azam) the day before and just seeing how happy he was to have international cricket and have us there. He was very excited," said Latham.