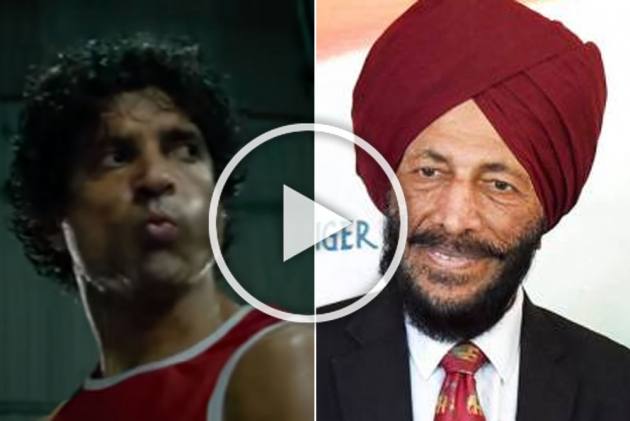 Legendary athlete Milkha Singh is all praise for actor Farhan Akhtar after watching the teaser of the upcoming sports drama "Toofaan" and said he is looking forward to the film. (More Sports News)

Directed by Rakeysh Omprakash Mehra, the film stars Akhtar in the role of a boxer.

"Toofaan" marks the second collaboration for Akhtar and Mehra, who previously brought Singh's life story to the big screen in the 2013 biopic "Bhaag Milkha Bhaag".

It fills me with immense joy to give you the first glimpse of a film into which we poured all our love, passion, exuberance, madness even. It truly is a labour of love and today I am so excited to share it with you.
Here’s presenting the #ToofaanTeaser ðÂ¥Âhttps://t.co/lAus0P8sAo

"I loved Farhan's look in the 'Toofaan' teaser. He has made a wonderful physique for the role of a boxer. My best wishes are with Farhan and Rakeysh. I will surely watch 'Toofaan'. I hope they make many more sports films in future," Singh told PTI in an interview.

The 91-year-old Padma Shri recipient, who missed an Olympic medal by a whisker at the 1960 Games, revealed "Bhaag Milkha Bhaag" was the first film he watched since the 1960s and remembered that people used to tell him that Akhtar looked exactly like him in the movie.

"When 'Bhaag Mikha Bhaag' was released, no matter where I went -- Australia, England or Canada, people around the world used to say Farhan is Milkha Singh's ditto copy. I even went to see Farhan train during the film's making and saw him run 100 metres in 11 seconds! He was not a professional athlete, but he trained hard to become one," Singh, who is also fondly called the 'Flying Sikh', added.

"Toofaan", also starring Mrunal Thakur and Paresh Rawal, will premiere on Amazon Prime Video on May 21.