Hanuma Vihari and Ravichandran Ashwin batted for 42.4 overs for a 62-run stand to save the match for India

Australia were all set to take a 2-1 series lead in Sydney.  But depleted India had other plans. The Indian team batted close to one-and-half day to frustrate hosts Australia and force a draw on Monday.  3rd Test Report | Scorecard | News

Rishabh Pant (97) and Cheteshwar Pujara (77) added 148 runs. But after they were dismissed, Hanuma Vihari (23 off 161 balls) and Ravichandran Ashwin (39 off 128 balls) ensured India were level, heading into the final Test in Brisbane, starting January 15.

Here’s the list of match-saving partnerships that not only helped a team save a match but also sometime win it:

Australia were fighting to save the match. Sri Lanka led by Chaminda Vaas, Muttiah Muralitharan and Rangana Herath had reduced Australia to 98 for 5 way back in 2004.
Justin Langer, Australia’s present coach, along with Simon Katich added 218 in Colombo steering Australia away from defeat.

South Africa were given an imposing target of 430 by hosts Australia to chase. SA needed to bat close to one and half day or four sessions. As SA were reduced to 45/4, AB de Villiers and Faf du Plessis dropped anchor and batted the remainder of the 4th day and almost through half of the fifth day. In the process, the duo added 89 runs of 408 balls with AB playing an uncharacteristic knock of 33 of 220 balls. 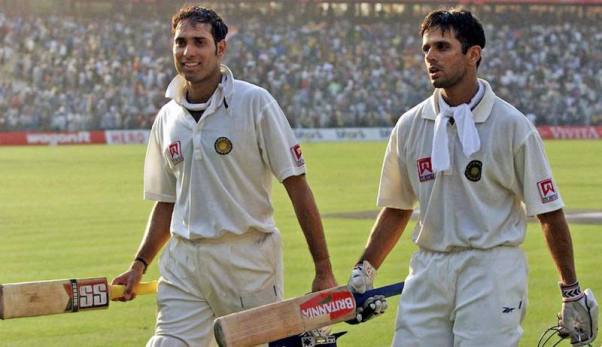 VVS Laxman and Rahul Dravid added 376 runs to turn the match around again against Australia. This match is sort of a benchmark in Indian cricket. Laxman made 281, while Dravid scored 180 to give India enough runs on the board while made to follow-on.

Set a target of 369 by Pakistan, Australia were reeling at 126 for 5 when Langer and Gilchrist came together to win the match for the hosts. The duo added 238 runs.

Chasing India’s score of 438, New Zealand were struggling at 94/5 when McCullum and BJ Watling walked in to add 352 runs for the 6th wicket. The Match eventually ended in a draw.

India were set a target of 216, and they were reduced to 124 for 8. But an 81-run stand helped India get closer to the target. With Laxman sealing off a win along with Pragyan Ojha. Laxman made 73, while Sharma added 31.

Laxman remained unbeaten on 124 of 212 balls, while Yuvraj Singh scored 54 of 63 balls as India held on to draw. This after Gautam Gambhir had scored a century  (137) as an opener.

The England duo added 281 runs to help them secure a 98-run win. The duo came together when England were struggling at 106 for 5.

Andy Flower scored 232 and along with Heath Streak (29) managed to draw the match. Zimbabwe lasted 161 overs with India using as many as 10 bowlers.