After winning Wimbledon, Djokovic went to the Tokyo Olympics in pursuit of a Golden Slam but returned empty handed 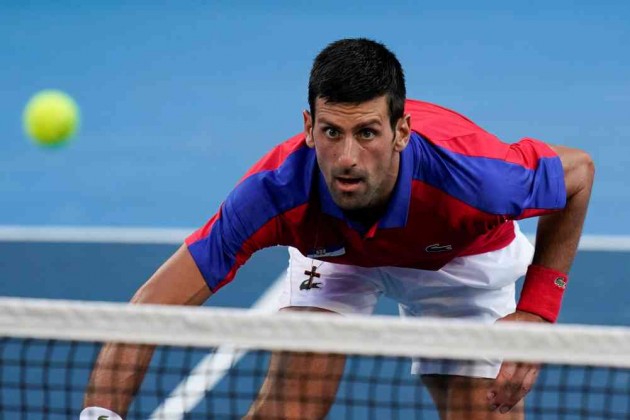 Novak Djokovic pulled out of the Western & Southern Open, meaning the next time he will be in action will be as he tries to complete a calendar-year Grand Slam at the U.S. Open. (More Sports News)

The top-ranked Djokovic wrote on social media that he needs “a bit longer to recover and recuperate after quite a taxing journey from Australia to Tokyo.”

He is 21-0 in Grand Slam action in 2021, winning the titles at the Australian Open on hard courts in February, the French Open on clay courts in June and Wimbledon on grass courts in July. No man had even won the first three major tennis championships — let alone all four — in one season since Rod Laver's true Grand Slam in 1969.

After Wimbledon, Djokovic went to the Tokyo Olympics in pursuit of a Golden Slam — a singles gold medal to go along with all four major trophies in a single season — but he did not manage to collect a medal of any color there.

The 34-year-old from Serbia lost to Germany's Alexander Zverev in the singles semifinals, then to Spain's Pablo Carreño Busta in the bronze medal match.

“I just didn't deliver yesterday and today. The level of tennis dropped. Also due to exhaustion — mentally and physically,” Djokovic said after the latter defeat.

“I gave it all, whatever I had left in the tank, which was not so much.”

Djokovic also lost with partner Nina Stojanovic in the mixed doubles semifinals, then withdrew from that event's bronze medal match.

The Western & Southern Open starts next weekend in Cincinnati. The main draw of the U.S. Open begins Aug. 30 in New York.

Last year, Djokovic won his second Western & Southern Open title; the tournament was held at Flushing Meadows, the site of the U.S. Open, as part of a special back-to-back staging of the two hard-court events amid the coronavirus pandemic.

Djokovic wrote Monday that he will "turn my focus and attention to US Open and spend some more time with family. See you in New York soon!”

In addition to pursuing what would be only the fourth one-year Slam by a man — Laver did it twice in the 1960s; Don Budge did it in the 1930s — Djokovic also will be trying to claim his 21st career major title at the U.S. Open. That would break the men's mark of 20 he currently shares with Roger Federer and Rafael Nadal. (AP)