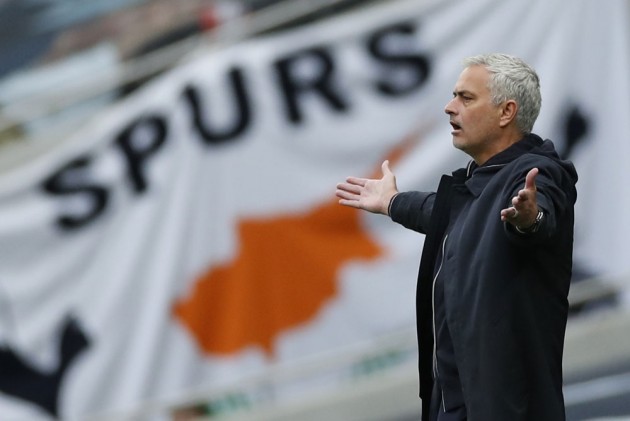 Callum Wilson scored a last-gasp penalty to rescue an underserved 1-1 draw for Newcastle United at Tottenham in the Premier League. (More Football News)

The Magpies had not managed a shot on target and trailed to Lucas Moura's first-half goal when Eric Dier was harshly adjudged to have handled Andy Carroll's header in the box deep into stoppage time.

Dier's back was turned but his arm was away from his body, with referee Peter Bankes awarding the spot-kick after checking the monitor.

Wilson fired home from 12 yards, with Jose Mourinho storming off down the tunnel before the whistle and a member of his staff sent off after it for his protests.

It follows a recent spate of controversial handball decisions, with this one sure to be a hot talking point as the hosts had to share the spoils despite having 23 attempts at goal in a dominant display, during which Son Heung-min twice struck the woodwork.

Only an excellent display from goalkeeper Karl Darlow, with a little help from the frame of his goal, limited the first-half damage for Newcastle against a Spurs side who were in Europa League qualifying action in North Macedonia on Thursday.

Son, the four-goal hero in last weekend's 5-2 demolition of Southampton, hit the post and crossbar, but Moura could not miss from six yards when Harry Kane provided his latest assist in the 25th minute.

Darlow, who had already repelled Giovani Lo Celso's free-kick before reacting to keep out Kane's follow-up, denied the England striker again, clawing away his header after Pierre-Emile Hojbjerg's searching cross had created the chance.

Steve Bruce's side enjoyed a little more possession after the interval but rarely looked like drawing level before the penalty controversy at the death.

Wilson, who had not scored in 509 minutes against Spurs before this game, kept his calm amid the storm to ensure Newcastle have scored three goals from three shots on target in the top flight this term.

It was too much for Mourinho, who made for the dressing room with a minute or so still to play, lamenting his side's profligacy as well as the apparent injustice of Bankes' decision.

What does it mean? Handball the hot topic

Roy Hodgson was bemoaning the new interpretation of what constitutes handball after Crystal Palace fell foul of a similarly harsh call in Saturday's loss to Everton.

The veteran manager said it was killing his enjoyment of the game, and Mourinho will be able to identify with that.

Kane: How may I assist you?

Kane is first and foremost a goalscorer, which makes his recent selfless exploits in providing for others even more impressive.

Before this season he had five assists in his past 55 league outings, and now he has laid on as many goals in the top flight already this term.

Wilson had been on the periphery of things all day, so it took guts to step up and convert his spot-kick so coolly.

He had just 15 touches and the penalty was his only shot, which you might consider a clinical display as it earned his side a smash-and-grab away point.

Tottenham's congested schedule continues with the visit of Chelsea on Tuesday, having been given a bye to the fourth round of the EFL Cup. Newcastle head to Newport County in the same competition a day later.