Dulux's Twitter account teased Tottenham on Thursday, but the Premier League club pledged to "gloss over" their sponsor's comments 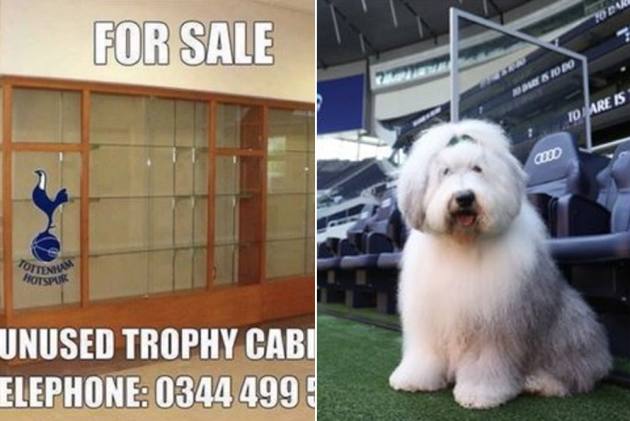 Tottenham will "gloss over" a series of jokes made at the club's expense on Twitter by new sponsor Dulux. (More Football News)

Spurs announced Dulux as their new "official paint supplier" in a Twitter post on Thursday, with the company's ambassador and emblem, an old English sheepdog, pictured in the Tottenham Hotspur Stadium.

Yet news of the deal seemingly turned into something of a dog's breakfast, with Dulux's social media team taking aim at Tottenham faster than paint would dry.

Despite the tweets subsequently being deleted, there could be no whitewashing of the content, which included a suggestion that the Dulux dog would be a better option than Spurs' current centre-backs, while another said the club's trophy cabinet was too dusty to paint.

Dulux later released a statement to say it was investigating the circumstances behind the tweets and issued an apology to Spurs fans.

It was an apology accepted by Tottenham, albeit the club's account did not brush it off completely, as they added one final coat to the drama.

"We'll gloss over it this time..." said a tweet posted by Spurs in response to Dulux's statement, followed by a mocked-up image of a Dulux tweet reading: "I love arsenal forever and ever and ever."

That was the message Matt Doherty posted in 2012 and which Tottenham had the defender delete from his Twitter account after he joined the club from Wolves last August.

While Tottenham's social media team may have had the final say on that matter, Jose Mourinho's side themselves are in action on Friday, facing Everton in what could be a crucial match in the race to qualify for Europe next season.