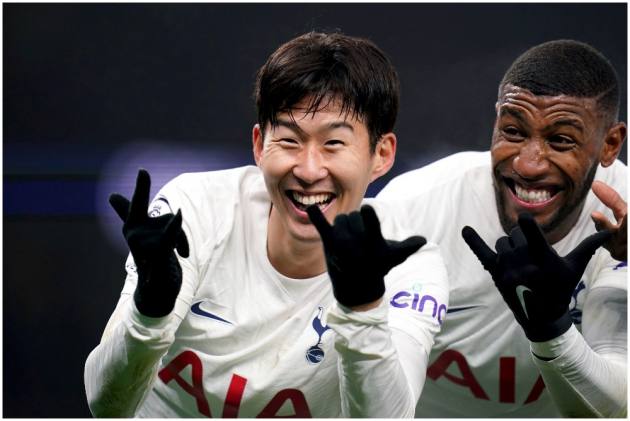 Lucas Moura scored one and set up goals for Harry Kane and Son Heung-min as Tottenham Hotspur beat Crystal Palace 3-0 in the Premier League 2021-22 on Sunday. (More Football News)

Palace had failed to get the game called off after a coronavirus outbreak in the squad and manager Patrick Vieira was absent after testing positive himself.

Wilfried Zaha compounded Palace’s woes with a needless red card in the 37th when the south London club was already trailing 2-0.

Tottenham remain unbeaten in six league games under Antonio Conte and is six points behind fourth-place Arsenal with three games in hand.

A decisive five-minute period swung the game in Tottenham’s favor with two quickfire goals and Palace then reduced to 10 men.

Kane scored in the 32nd minute from Moura’s center after he was set free by Emerson Royal. The Brazilian pair combined again two minutes later when Emerson’s cross was headed in from close range by Moura.

Palace’s capitulation was complete as, 11 minutes after picking up a first yellow card, Zaha foolishly flung his arms at Davinson Sanchez and was sent off by referee Jon Moss.

Tottenham had to wait until the 74th before extending its lead further. Moura again found space down the right and his cross was turned home at the near post by Son for his fourth goal in five games.