Davinson Sanchez's header in the sixth minute of added time gave Tottenham Hotspur a 1-0 win over Watford in Premier League 2021-22. It was Watford's sixth successive loss. 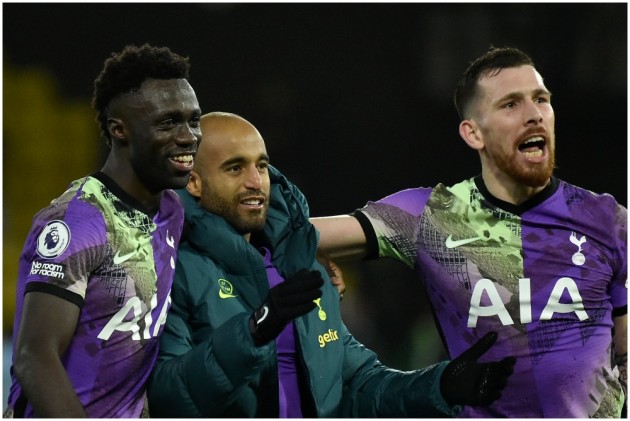 The Colombia defender headed a free-kick from Heung-min Son past goalkeeper Daniel Bachmann in the sixth minute of added time to hand Watford a sixth successive loss.

The match had been temporarily halted for a few minutes in the closing stages when a supporter in a stand became ill.

Tottenham moved two points behind fourth-placed Arsenal, which lost 2-1 to Manchester City in the Premier League 20-21 earlier Saturday, and Antonio Conte’s side has two games in hand on its north London rival.

Watford is two points above the drop zone having played two more games than Burnley in the final relegation place.