Tottenham, who say they support a government review of football governance, will set up a fan body as part of a supporter engagement drive 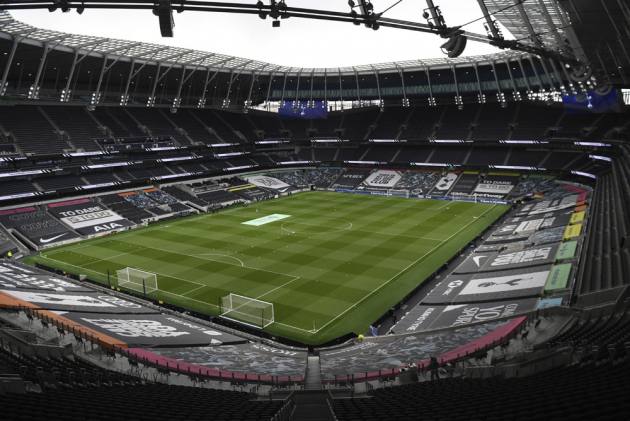 Tottenham have promised to set up a fan panel that will have a direct line to the club's board as part of attempts to assuage anger over their involvement in the Super League. (More Football News)

Spurs were one of 12 clubs, including the rest of the Premier League's 'big six', who signed up to the creation of a new European competition in which founding members could not be relegated.

After a furious reaction from fans and former players, and some concern expressed by certain sponsors of the clubs, nine of the 12 teams formally withdrew from the plans and pledged their commitment to recognised UEFA competitions. Only Real Madrid, Barcelona and Juventus have yet to renounce the Super League.

In a statement, Spurs said they signed up to the plans "with the expectation that the format, rules and structures would evolve through dialogue with key parties, namely the Premier League, FA, UEFA, FIFA and, crucially, fans". They said the "access system" – which would have allowed only five different teams, outside the founders, to qualify each season – was misguided, adding: "We wholeheartedly regret that we involved the club and that the legal process itself meant we were unable to consult our fans early on – we apologise unreservedly."

As part of a drive towards cooling supporter anger and ensuring fan views are taken into account in the running of the club, Spurs say they will establish a "Club Advisory Panel" comprising "elected representatives from the different constituencies of our fanbase, inclusive and reflective of our fans’ diversity".

The chair of the panel will also be appointed as a non-executive board member, a move the club hopes will provide "authentic, genuine representation and will ensure fans are at the heart of club decision-making".

The move comes after Chelsea announced they would allow three fan representatives to sit in on board meetings from July 1.

Spurs have also expressed their support for a review into football governance led by the United Kingdom government, which was put into action by culture secretary Oliver Dowden in the wake of the Super League fiasco.

Despite their pledge, Spurs also said they are disappointed that the Tottenham Hotspur Supporters' Trust (THST) has not yet met with the club – although they are not prepared to discuss changes in the executive board.

They added: "The THST, with whom we have worked and, indeed, promoted, for 20 years has called for the resignations of the executive board over the ESL – individuals who have lived and breathed this club for the best part of two decades. We have offered on several occasions to meet board-to-board and discuss an open agenda – excluding a change of club ownership and the resignation of the board. Our door remains open on this basis."