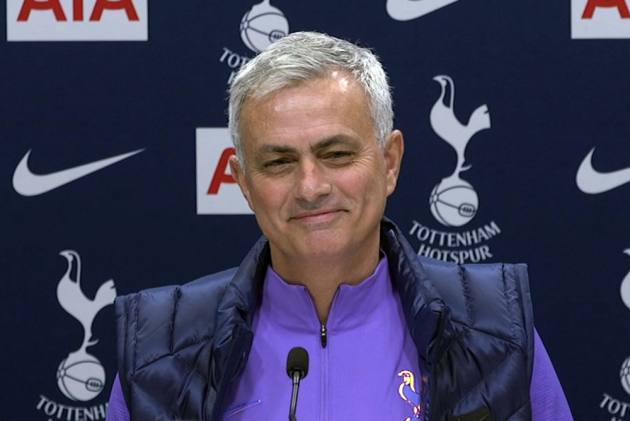 Jose Mourinho appeared to take aim at Pep Guardiola and Manchester City over their Financial Fair Play (FFP) dispute as he bristled at a question regarding his Tottenham team selection. (More Football News)

Mourinho oversaw Spurs' 3-1 win at Newcastle United on Wednesday, with Harry Kane on the scoresheet twice – passing 200 club career goals – as the London outfit boosted their hopes of European qualification.

But even after victory – Mourinho's first in the Premier League at St James' Park – the head coach's focus did not seem to stray far from the result of City's appeal this week.

Guardiola's side were initially banned from European competition for two years by UEFA but successfully appealed against that punishment at the Court of Arbitration for Sport.

Mourinho called the outcome "a disgraceful decision" and again made reference to FFP following the game on Tyneside, going slightly off piste as he discussed his line-up.

Asked about Steven Bergwijn's role as a substitute, Mourinho replied: "You do this question to me but not to [Frank] Lampard, to [Jurgen] Klopp, to Pep.

"I'm the only guy who doesn't have the right to play certain players. If Bergwijn started, you'd be asking me why Lucas [Moura] didn't start.

"You don't ask [Wolves boss] Nuno [Espirito Santo] why he leaves [Adama] Traore on the bench. [Bergwijn] is a team player, he plays for Tottenham."

It was put to Mourinho that he would be pleased by Bergwijn's impact from the bench, prompting his reply: "It is credibility for the players and for the group.

"We need good players and more than 11. We need a good group of players. And if we can do that without breaking FFP, we'll do even better."

Mourinho was cheerier as he discussed the end of his St James' Park hoodoo, halting a run of seven games as a visiting manager in the league without victory.

"It's special for us as we needed these three points," he said. "For me, it's a good feeling.

"I'm very happy for the team and finally I can leave the stadium and look at the statue of [former mentor] Bobby Robson and smile at him."