India topped the medal tally with 10 gold, 8 silver and 7 bronze medals as the tournament came to an end at the IGI Sports ComplexRonaldo Laitonjam contributing with four golds 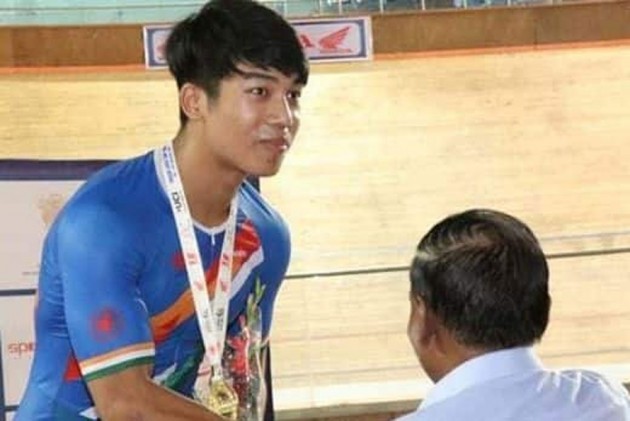 India topped the medal tally with 10 gold, 8 silver and 7 bronze medals as the tournament came to an end at the IGI Sports Complex here. The home team clinched 2 gold and 1 bronze on the final day.

Ronaldo once again hogged the limelight by winning a gold medal in junior men's Keirin event, his fourth of the meet. The junior world champion team member Ronaldo had earlier collected a gold each in sprint, 1km time trial and team sprint junior events.

In keirin, out of five rounds, cyclists have to win through their speed in the last 2.5 rounds and Ronaldo finished ahead of Kazakhstan riders Arlanbek and Alexandr Safarov who won silver and bronze respectively.

"This is the best ever performance of my career and in every event, I improved my timing, this is most important and with the blessings of my family, I achieved it," Ronaldo said after winning his fourth gold.

Deborah Harold and Mayuri Lute of India had a disappointing outing in women's elite keirin as they were not able to enter the top six. Top three places went to Fatehah of Malaysia, Crismontia of Indonesia and Cho Yiu of Hongkong respectively.

Cycling Federation of India Chairman Onkar Singh said, "Our junior cyclists produced stellar performances throughout Track Asia Cup to show their skills and tactics. Elite cyclists collected crucial points during the competition to earn an opportunity to qualify for Olympics. I am satisfied with the performances of Indian cyclists."