With the transfer window ongoing, Ajax captain Matthijs de Ligt has been heavily linked to Juventus. 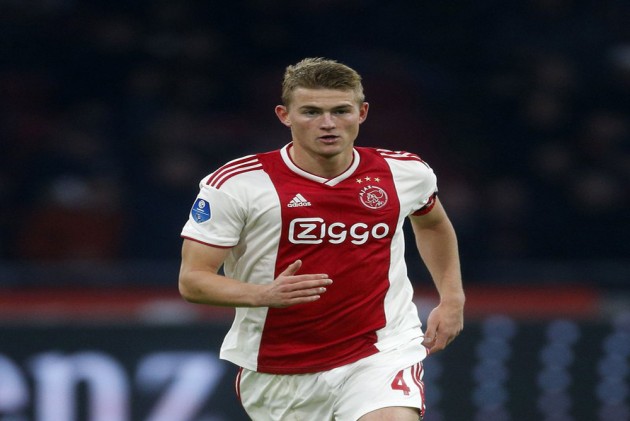 Matthijs de Ligt seems close to deciding his future and it appears to be good news for Juventus. According to rumors he has almost completed his transfer to the Serie A outfit.

The Ajax captain has been linked with Europe's biggest clubs after a standout campaign, including leading the Dutch giants to the Eredivisie title and Champions League semi-finals.

Paris Saint-Germain were reportedly favourites to sign the centre-back, but it seems De Ligt is close to joining Juventus.

De Ligt has accepted a five-year contract worth €12million a year from Juventus, according to Sky Sport.

It is a big step for the Serie A champions, who must still strike a deal with Ajax for the defender.

However, Sky Sport also report PSG are still in the race for De Ligt.

The arrival of De Ligt in Turin would be a boost for Juve, whose formidable defence has the likes of Giorgio Chiellini, 34, and Leonardo Bonucci, 32, nearing retirement.

Neymar is expected to leave PSG for Barcelona, but talks have – somewhat predictably – started slowly. Le Parisien claim the parties met and PSG are unwilling to sell the attacker, with the Brazilian perhaps needing to state his position publicly. AS report Ivan Rakitic could be key to a possible deal, with PSG having wanted the Croatia midfielder last season.

Real Madrid's rebuild is well and truly on track, but it may not be over yet. Sport believe Zinedine Zidane is still pushing Florentino Perez to bring in Manchester United midfielder Paul Pogba, with the club president more interested in the cheaper Christian Eriksen, Tanguy Ndombele or Donny van de Beek.

Manchester City could be eyeing a move for Real Madrid playmaker Isco. Marca report Pep Guardiola wants the Spain international, who he considers an ideal replacement for David Silva. Silva has announced the 2019-20 season is set to be his last at the Etihad Stadium. Isco was first touted as a possible City signing back at the start of Manuel Pellegrini's tenure in 2013.

Inter continue to be linked with Manchester United striker Romelu Lukaku and it seems they may be close to a deal. Sky Sports report the Serie A side are preparing a £9m offer to sign Lukaku on a two-year loan deal, with an obligation to buy the Belgium striker for another £54m. Inter are also set to sign Hertha Berlin midfielder Valentino Lazaro in a deal worth €22m, according to Gianluca Di Marzio.

Manchester United seem set to finally complete the signing of Crystal Palace defender Aaron Wan-Bissaka. The BBC report the clubs have agreed a £50m fee for the full-back. United, however, have given up on signing Harry Maguire after being told Leicester City wanted £100m for the defender, according to the Daily Mirror.

Tottenham are close to strengthening their squad, with Sky Sports reporting they have agreed a £55.5m fee with Lyon for Ndombele.