We round up the front and back pages across Europe, as Monday sees the transfer rumour mill crank into gear once again. 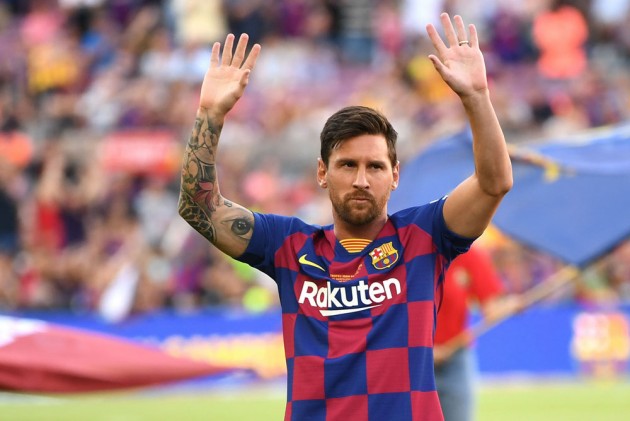 Now, a move across the pond could be on the cards for the Argentina superstar…

Messi has an annual exit option in his deal and the five-time Ballon d'Or winner could swap Spain for the United States.

It comes as the Catalan giants look to offer Messi – who has been linked to David Beckham's Inter Miami franchise – a lifetime contract.

- Lazio star Sergej Milinkovic-Savic is set to sign a new contract, reports Il Messaggero. The Serbia international midfielder – contracted until 2023 – was linked to Manchester United, Inter, Juventus and Paris Saint-Germain during the transfer window. However, Lazio are looking to include a release clause of at least €100million.

- According to AS, Real Madrid are lining up Ajax midfielder Donny van de Beek for the 2020-21 season. Van de Beek was heavily linked to Madrid prior to the transfer deadline but a move did not materialise.

- Corriere dello Sport claims Dries Mertens could move to China, Belgium or the USA on a free transfer when his Napoli contract expires at the end of the season.

- According to the Daily Star, Adidas played a crucial role in keeping Paul Pogba at Manchester United. Reports linked Pogba to Real Madrid and Juventus but the Frenchman remained at Old Trafford.