Lionel Messi is reportedly looking to leave Barcelona once his contract expires. 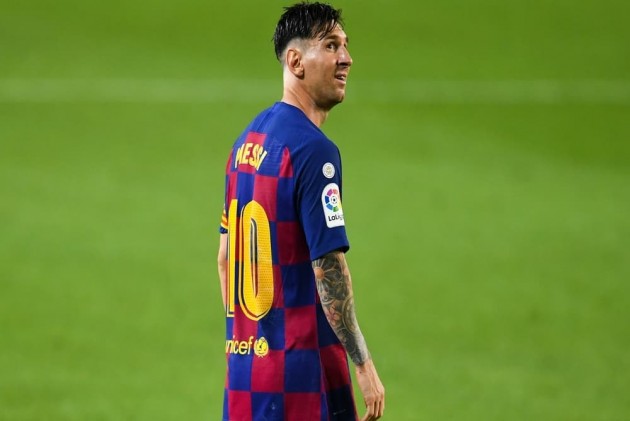 Lionel Messi's future is often a topic of discussion.

Messi has an early break clause in his Barcelona contract.

As Barca look to re-sign Messi, the 33-year-old superstar is reportedly ready to walk away next year.

Lionel Messi will leave Barcelona when his contract expires at the end of 2020-21, according to Cadena SER.

Barca captain Messi – previously linked to Inter and Manchester City – has reportedly been in talks over a new two-year deal at Camp Nou.

However, the six-time Ballon d'Or winner and Barca's all-time leading scorer is reportedly tired of being blamed for issues at the club, with the LaLiga champions set to be dethroned by Real Madrid.

- Mundo Deportivo reports Manchester United and neighbours City have asked Barca about the availability of out-of-favour forward Antoine Griezmann. A big-money signing from Atletico Madrid at the start of the season, Griezmann has struggled and found himself on the bench in recent weeks. However, the report claims Barca are not considering a transfer.

- Liverpool are poised to sign Bayern Munich midfielder Thiago Alcantara, says Sport. Thiago is out of contract at the end of 2020-21 and the Spaniard is not willing to re-sign. Now, Liverpool are believed to be in advanced negotiations as Bayern seek £31m (€35m) for Thiago.

- Everton full-back Lucas Digne has emerged as a target for City and Chelsea if they fail to land Leicester City star Ben Chilwell, according to ESPN.

Inter have started talks with Chelsea to sign Emerson Palmieri. Antonio Conte wants him as LB for next season after Hakimi. Official bid to be made soon. @DiMarzio@SkySport #Chelsea #Inter #transfers

- The Telegraph reports Chelsea are ready to step up their pursuit of Bayer Leverkusen star Kai Havertz after Saturday's DFB-Pokal final against Bayern. Havertz has been linked to Bayern, Madrid, United, Liverpool and Barca.

- Chelsea goalkeeper Kepa Arrizabalaga could be shipped out on loan to Sevilla, claims The Sun. The world's most expensive keeper has been criticised for his performances this season.