A Virgil van Dijk-Kalidou Koulibaly defensive pairing is seemingly getting closer at Liverpool, according to the latest transfer rumours. 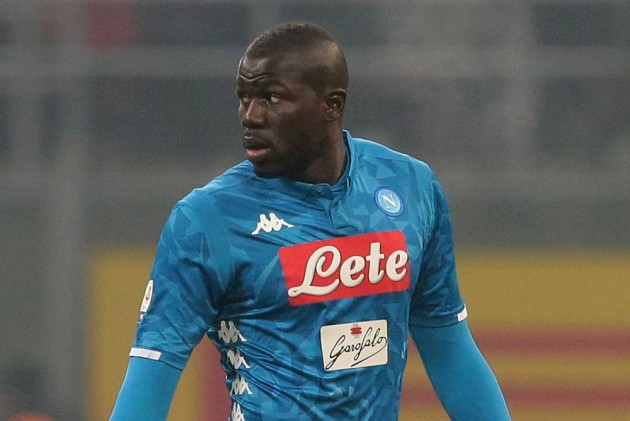 Kalidou Koulibaly's future remains a talking point and Liverpool are reportedly in "pole position" to sign the Napoli defender.

Koulibaly, 28, has been linked with a move amid reported interest from several of Europe's biggest clubs.

And it seems a Koulibaly-Virgil van Dijk central defensive pairing is getting closer at Anfield.

Liverpool are in pole position to sign Koulibaly after Paris Saint-Germain withdrew their interest, according to Le 10 Sport.

With Manchester United having also reportedly withdrawn from the race, Jurgen Klopp's side and Newcastle United – pending takeover – could land the defender.

Koulibaly is contracted at Napoli until 2023 and it will reportedly take an offer of £88.4million (€100m) to land the defender.

- PSG do seemingly want to hold onto Mauro Icardi beyond the end of his loan from Inter. La Gazzetta dello Sport reports PSG are willing to offer Julian Draxler as part of a deal for Icardi, who joined with a €70m purchase option.

- Staying at PSG and the Ligue 1 giants are looking to sign Brescia midfielder Sandro Tonali, according to Le 10 Sport. Tonali has been linked heavily with a move to Juventus.

- t seemed Barcelona and Juventus were preparing for a swap deal. But Goal reports an exchange involving Barca midfielder Arthur and Juventus' Miralem Pjanic is off, with the LaLiga giants also wanting money for the 23-year-old Brazil international.

Arthur to Juve, Pjanic to Barca

- Dries Mertens is drawing plenty of attention with his contract at Napoli expiring at the end of the season. Mundo Deportivo reports PSG have joined Atletico Madrid, Inter and Chelsea in a fight for the forward.

- Also with Inter, the Serie A club are still considering forward Jonathan David, according to CalcioMercato. David, 20, has scored 23 goals in 40 games for Gent this season.

- With his loan deal at Roma ending, Chris Smalling looks set to return to Manchester United. Corriere dello Sport reports Roma are considering Liverpool defender Dejan Lovren and Barcelona's Jean-Clair Todibo, who is on loan at Schalke, to replace Smalling.