Advertisement
Home Sports
Rumour Has It:

In the latest transfer news, Paris Saint-Germain have asked for Real Madrid's Vinicius Junior to be included in any deal to send Neymar to the Santiago Bernabeu. 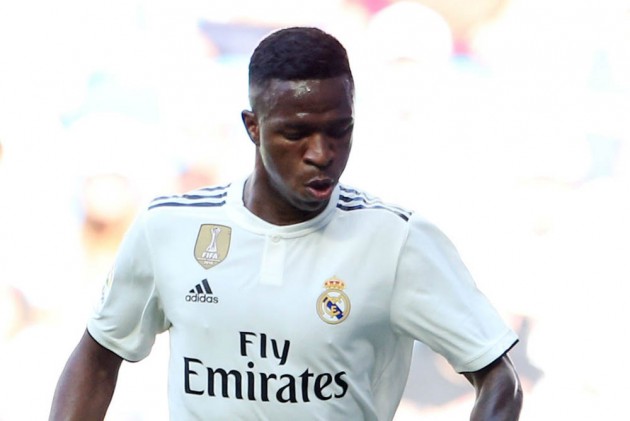 If Real Madrid want to sign Neymar, they may have to part with one of their young stars.

Neymar wants to leave Paris Saint-Germain and a return to Barcelona has been mooted for the world's most expensive footballer.

Madrid, however, are also eyeing Neymar but PSG have identified one Los Blancos Brazilian to replace their wantaway star.

According to Spanish media, Paris Saint-Germain have asked for Real Madrid's Vinicius Junior to be included in any deal to send Neymar to the Santiago Bernabeu.

Neymar has been linked to former club Barcelona and fellow LaLiga giants Madrid as he looks to leave Paris.

PSG and Barca are yet to strike a deal, though talks are ongoing. In the meantime, sporting director Leonardo requested Brazilian youngster Vinicius in a potential deal with Madrid but it was swiftly rejected by Los Blancos, reports AS.

Marca, meanwhile, says PSG are keen for Vinicius and Luka Modric to be involved.

- New signing Luka Jovic will not be leaving Real Madrid on loan, Bild says. Reports emerged on Wednesday that Jovic had failed to impress Zinedine Zidane following his €60million arrival from Eintracht Frankfurt. However, the Serbia forward is not set for a short-term move away.

- Inter want €80million for former captain and outcast Mauro Icardi, according to Tuttosport. Icardi has been deemed surplus to requirements at Inter following Romelu Lukaku's club-record arrival and the Argentina striker reportedly wants to join Juventus, while Roma and Napoli are believed to be interested.

- According to the Daily Mail, Alexis Sanchez is ready to quit Manchester United amid interest from Serie A. Having struggled to make an impact since his big-money arrival from Arsenal, Sanchez has been linked to AC Milan, Napoli, Juventus and Napoli.

- Staying at Old Trafford and the Mirror claims Victor Lindelof is set for a massive new Manchester United deal. Linked to Barcelona during the off-season, Lindelof is reportedly in line for a three-year extension. Meanwhile, the Daily Mail says United scouts passed on signing Sporting CP captain Bruno Fernandes.

- The Washington Post claims Mesut Ozil's agent was in Washington to meet with DC United on Wednesday. The MLS side have identified the Arsenal playmaker as a replacement for Wayne Rooney, who has agreed to join Derby County as a player-coach in January.

- AC Milan will resist offers for Suso and Franck Kessie as they want to keep the pair, reports Sky Sport Italia. Suso has been linked to Lyon, Sevilla and Roma, while Kessie rejected a move to Wolves.